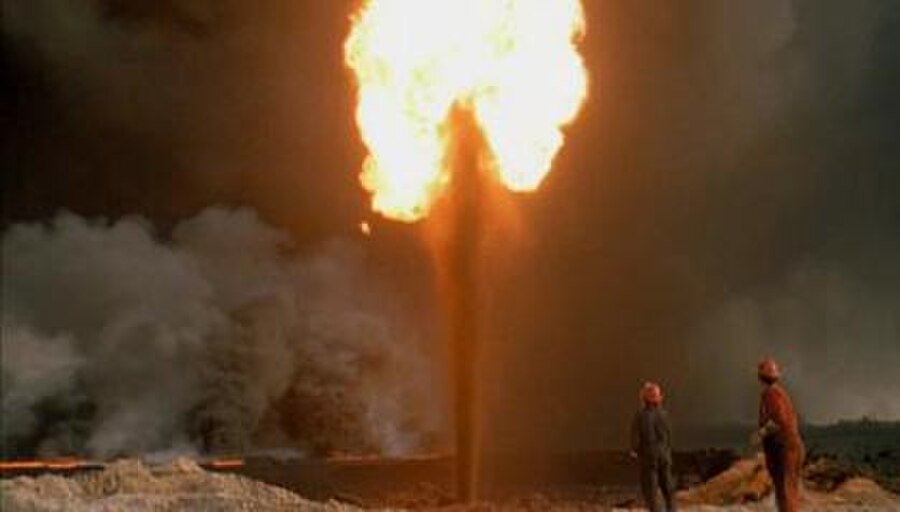 Lessons of Darkness is a 1992 film by director Werner Herzog. Shot in documentary style on 16mm film from the perspective of an almost alien observer, the film is an exploration of the ravaged oil fields of post-Gulf War Kuwait, decontextualised and characterised in such a way as to emphasise the terrain's cataclysmic strangeness. An effective companion to his earlier film Fata Morgana, Herzog again perceives the desert as a landscape with its own voice.