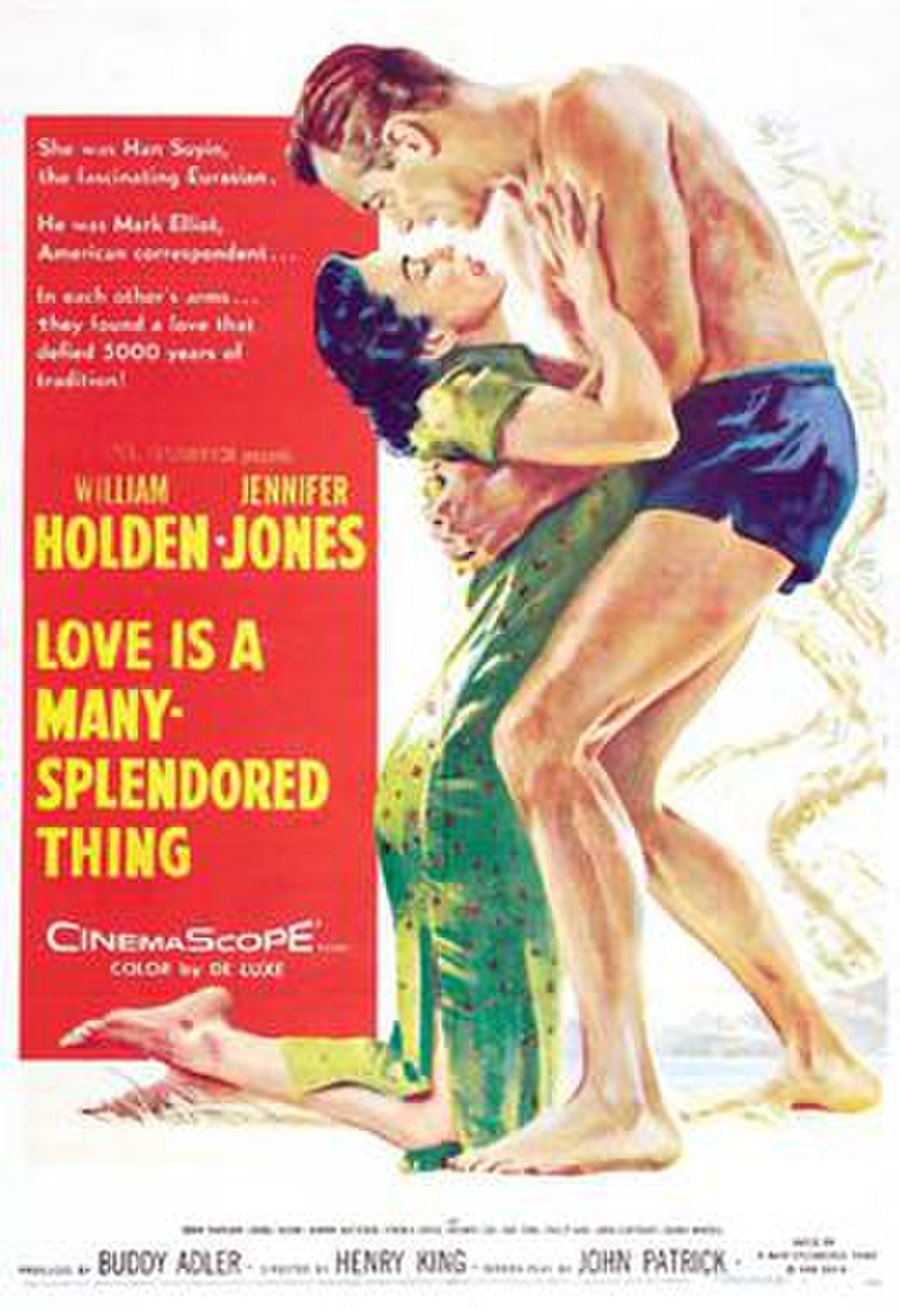 Love Is a Many-Splendored Thing 1955

Love Is a Many-Splendored Thing is a 1955 Deluxe color American drama-romance film in CinemaScope. Set in 1949–50 in Hong Kong, it tells the story of a married, but separated, American reporter Mark Elliot (played by William Holden), who falls in love with a Eurasian doctor originally from China, Han Suyin (played by Jennifer Jones), only to encounter prejudice from her family and from Hong Kong society.