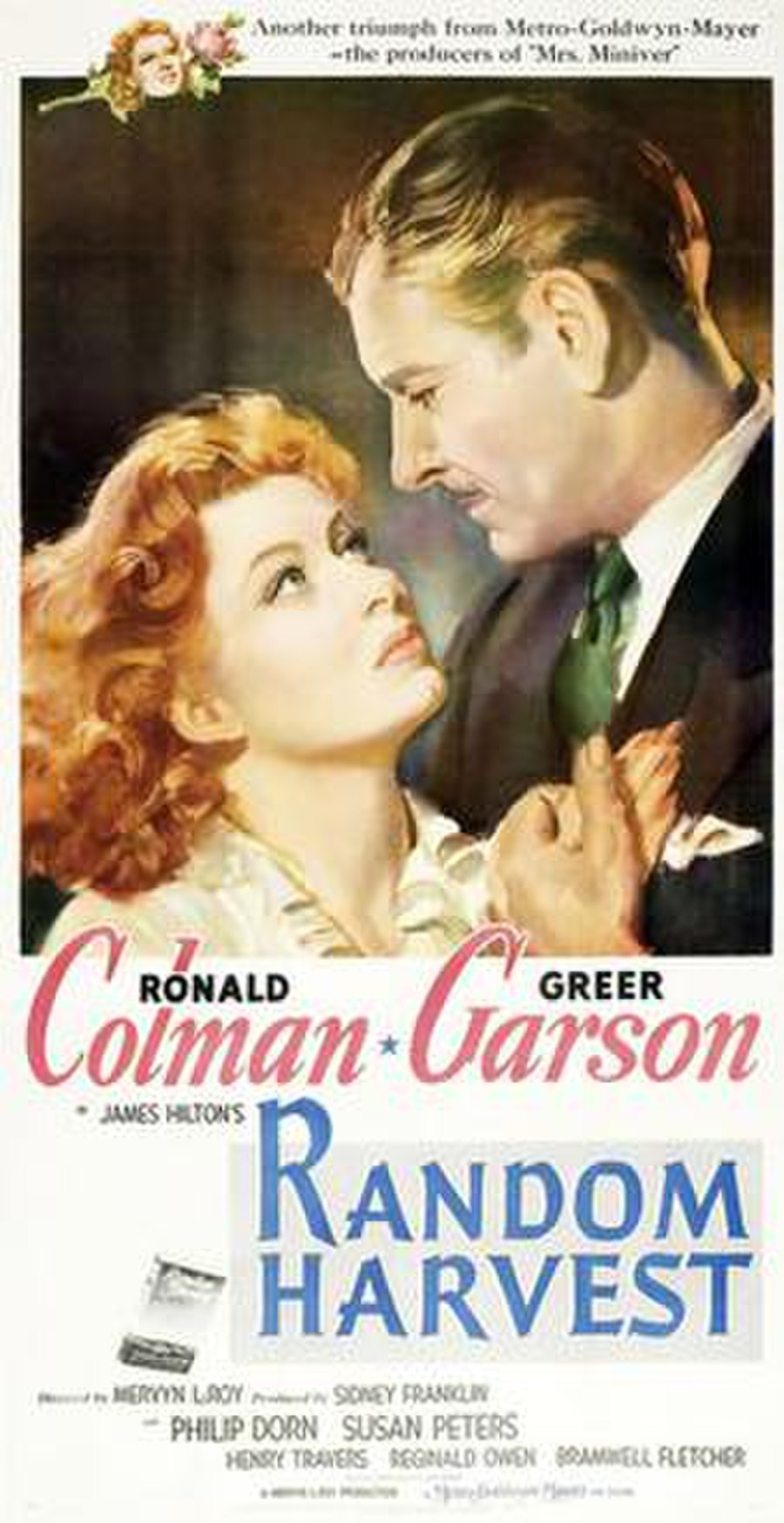 Random Harvest is a 1942 American romantic drama film based on the 1941 James Hilton novel of the same title, directed by Mervyn LeRoy. Claudine West, George Froeschel, and Arthur Wimperis adapted the novel for the screen, and received an Academy Award nomination. The novel keeps the true identity of Paula/Margaret a secret until the very end, something that would have been impossible in a film, where characters’ faces must be seen. This meant that the movie had to take a very different approach to the story. The film stars Ronald Colman as a shellshocked, amnesiac World War I veteran, and Greer Garson as his love interest.

In England in November 1918, "John Smith" is a British officer who was gassed in the trenches during the First World War. Having lost his memory, and apparently with no means of identification, he is confined to an asylum as an unidentified inmate. A couple visits him, only to see that he is not their missing son, which disappoints him as much as them. On the day the war ends, the gatekeepers abandon their posts to join the celebration in the nearby Midlands town of Melbridge, and Smith wanders out of the asylum.