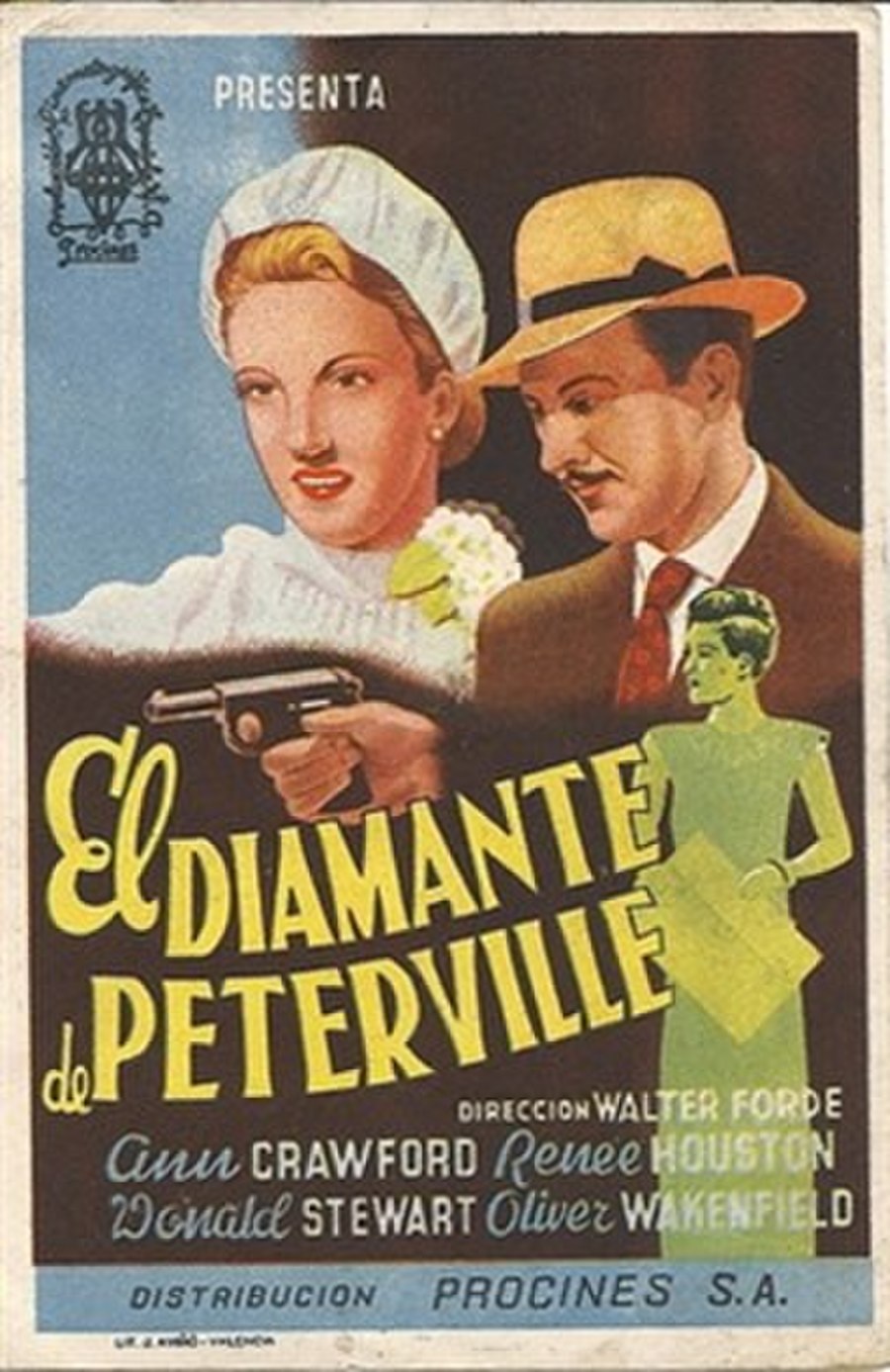 The Peterville Diamond is a 1942 British comedy film directed by Walter Forde and starring Anne Crawford, Donald Stewart and Renee Houston. It is also known by the alternative title Jewel Robbery. - from the play of the same title; previously filmed in Hollywood in 1932.

A thief tries to steal a diamond from the wife of a wealthy businessman, at her suggestion in an effort to get her husband to pay her more attention.