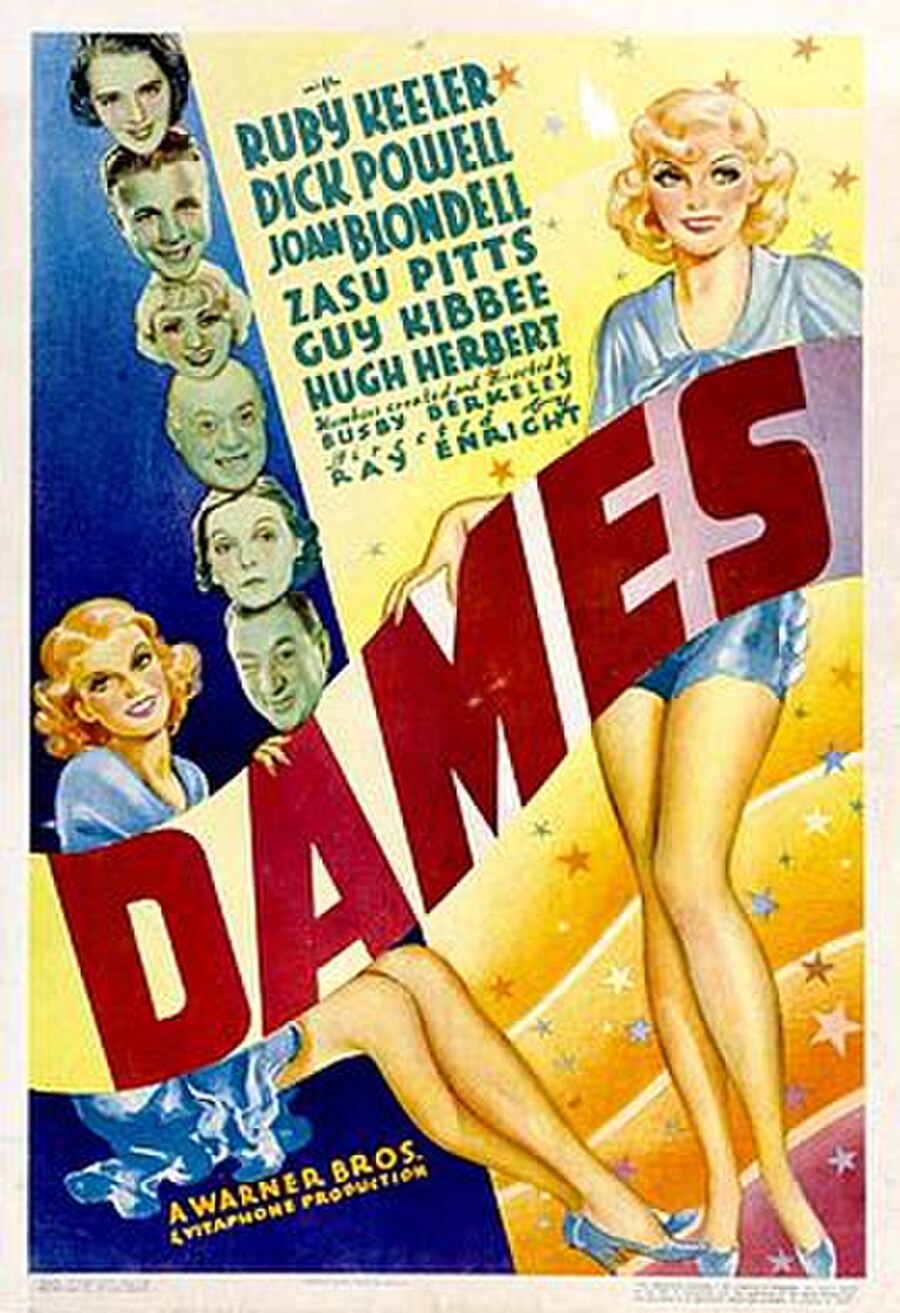 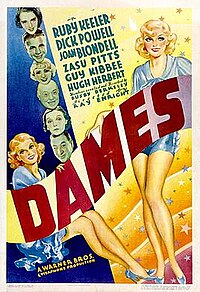 Dames is a 1934 Warner Bros. musical comedy film directed by Ray Enright with dance numbers created by Busby Berkeley. The film stars Ruby Keeler, Dick Powell, Joan Blondell, Guy Kibbee, ZaSu Pitts, and Hugh Herbert. Production numbers and songs include "When You Were a Smile on Your Mother's Lips (and a Twinkle in Your Daddy's Eye)", "The Girl at the Ironing Board", "I Only Have Eyes for You", "Dames" and "Try to See It My Way".

Eccentric multimillionaire Ezra Ounce (Hugh Herbert), whose main purpose in life is raising American morals through a nationwide campaign, wants to be assured that his fortune will be inherited by upstanding relatives. He visits his cousin Matilda Hemingway (ZaSu Pitts) in New York City, in Horace's view the center of immorality in America. What Ounce finds most offensive are musical comedy shows and the people who put them on, and it just so happens that Matilda's daughter Barbara (Ruby Keeler) is a dancer and singer in love with a struggling singer and songwriter, her 13th cousin, Jimmy Higgens (Dick Powell). On Ezra's instructions, Jimmy the "black sheep" has been ostracized by the family, on pain of not receiving their inheritance.