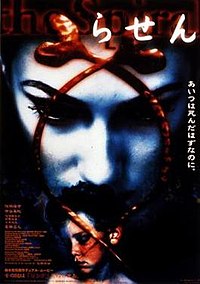 is a sequel to the movie Ring. It is directed by Jōji Iida and is based on the novel Spiral by Kōji Suzuki.

Following the events of Ring, the body of Ryūji Takayama, former husband of Reiko Asakawa and father of Yōichi Asakawa, is examined by his friend and rival, pathologist Mitsuo Andō. After he finds a cryptic note in Takayama's stomach, Reiko and Yōichi also turn up dead. Andō soon learns of a mysterious cursed videotape, haunted by the spirit of a murdered young woman. Rumor has it that anyone who watches the video will die exactly one week later. Despondent over the death of his own child, and believing that he is being guided by his rival's ghost, Andō decides to see the video for himself. After watching the tape, strange things begin to happen around him, and he soon discovers that the tape's restless spirit has different plans in store for him.