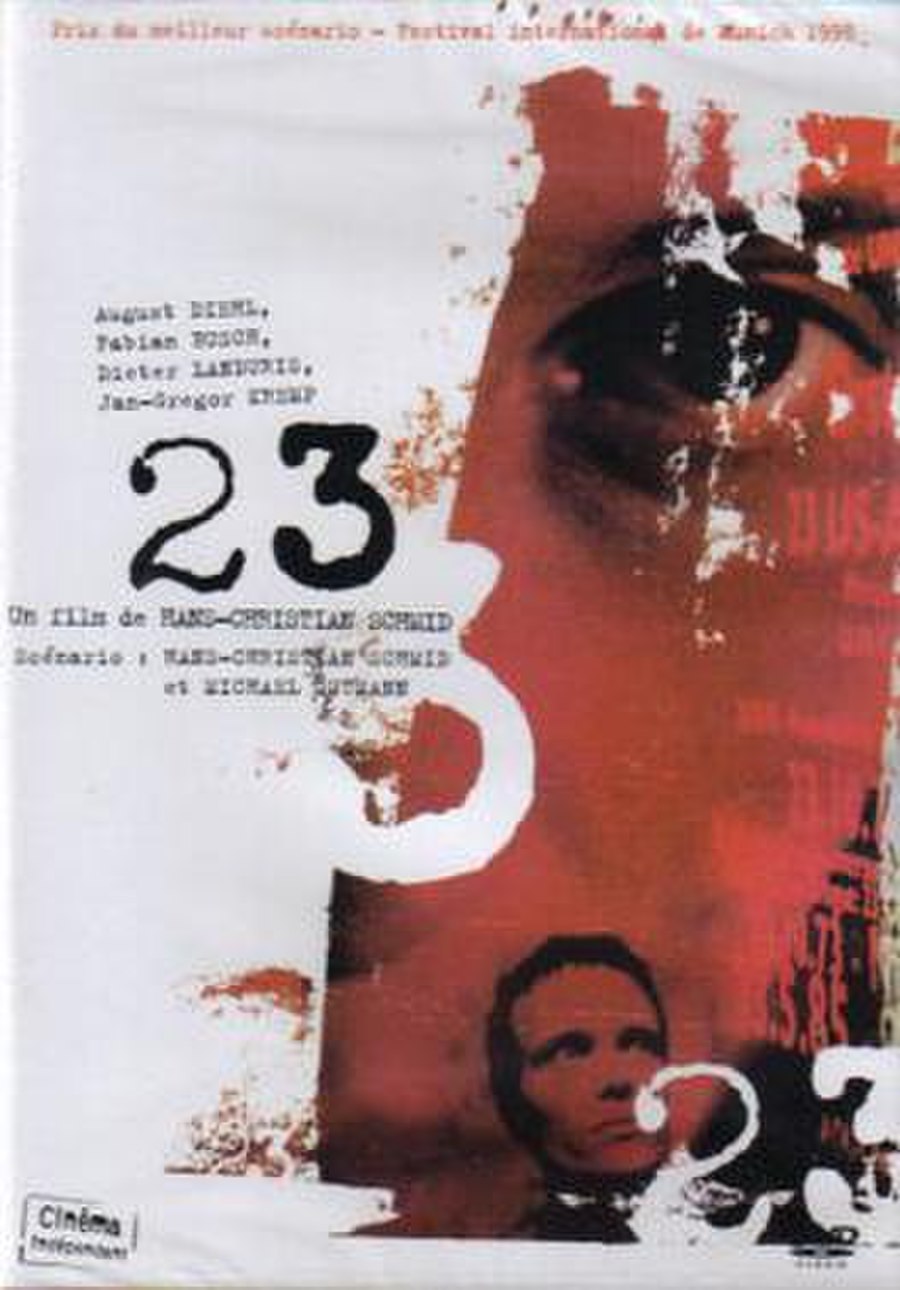 23, original German title: 23 – Nichts ist so wie es scheint ("Nothing is what it seems") is a 1998 German drama thriller film about a young hacker Karl Koch, who died on 23 May 1989, a presumed suicide. It was directed by Hans-Christian Schmid, who also participated in screenwriting. The title derives from the protagonist's obsession with the number 23, a phenomenon often described as apophenia. Although the film was well received by critics and audiences, its accuracy has been vocally disputed by some witnesses to the real-life events on which it was based. Schmid subsequently co-authored a book that tells the story of the making of 23 and also details the differences between the movie and the actual main events.

In 1980s Germany at the height of the Cold War, 19-year-old Karl Koch (August Diehl) finds the world around him threatening and chaotic. Inspired by the fictitious character Hagbard Celine (from Robert Anton Wilson and Robert Shea's Illuminatus! Trilogy), he starts investigating the backgrounds of political and economic power and discovers signs that make him believe in a worldwide conspiracy.