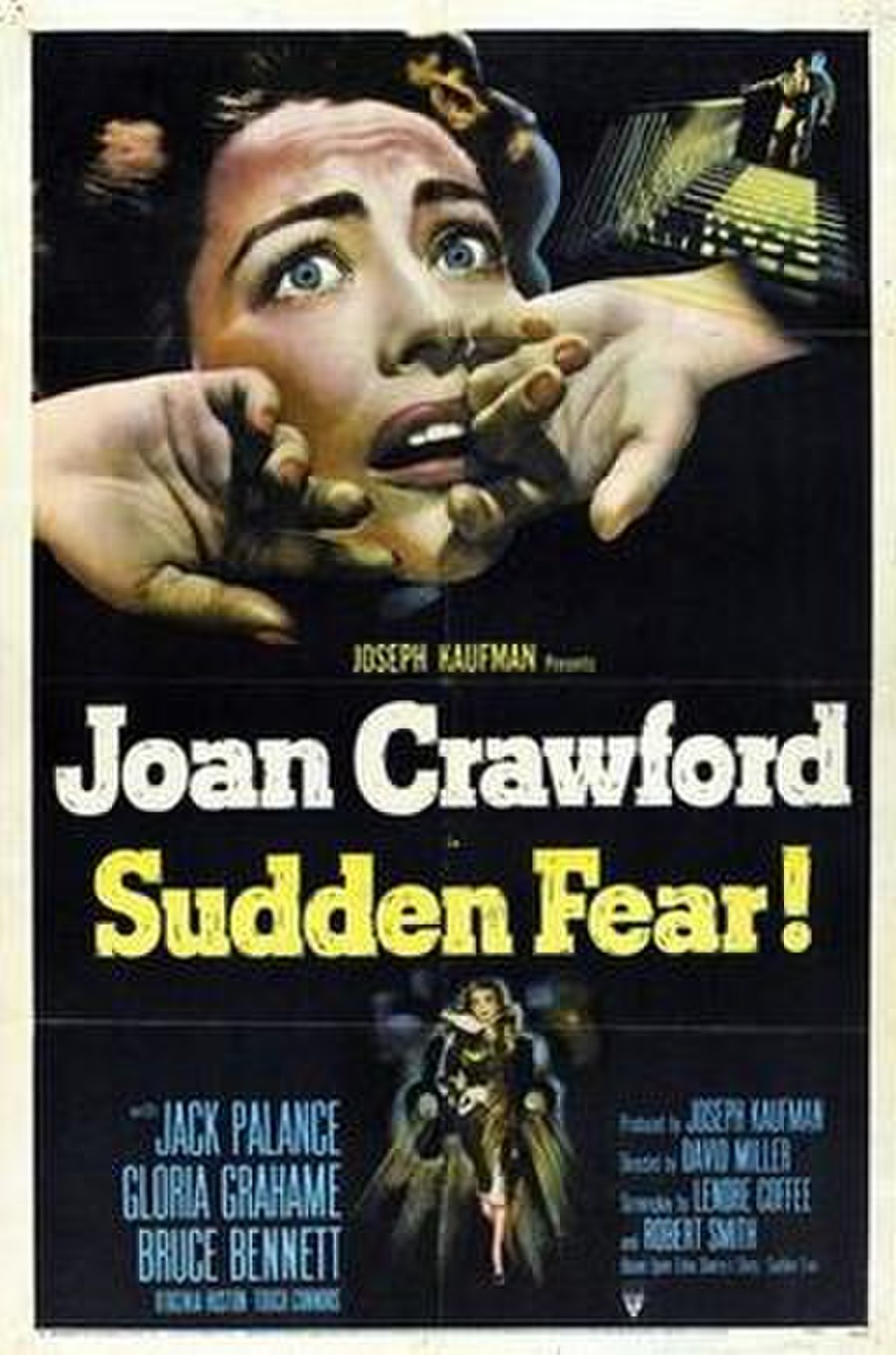 Sudden Fear Is a 1952 American film noir thriller directed by David Miller, and starring Joan Crawford and Jack Palance in a tale about a successful woman who marries a murderous man. The screenplay by Lenore J. Coffee and Robert Smith was based upon the novel of the same name by Edna Sherry.

Myra Hudson (Crawford) is a successful Broadway playwright who rejects Lester Blaine (Palance) as the lead in her new play. Later, she meets Lester on a train bound for San Francisco, is swept off her feet, and, after a brief courtship, marries him.