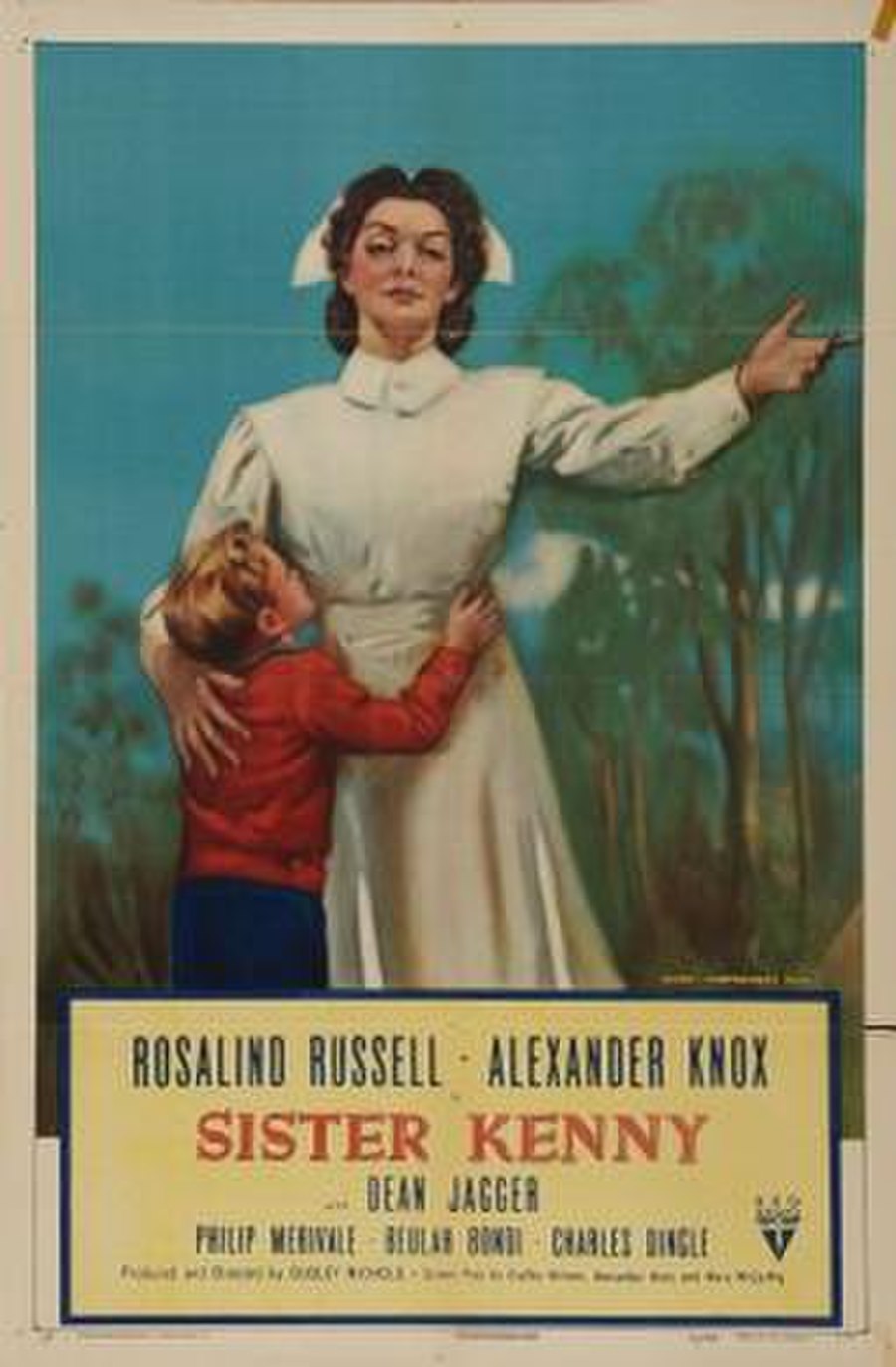 Sister Kenny is a 1946 American biographical film about Sister Elizabeth Kenny, an Australian bush nurse, who fought to help people who suffered from polio, despite opposition from the medical establishment. The film stars Rosalind Russell, Alexander Knox, and Philip Merivale.

In 1911, Elizabeth Kenny returns from nursing school in Brisbane, Australia, to her home in the bush of Queensland. Her mentor, Dr. McDonnell, is chief at the nearest hospital, 50 miles away. He wants her to work with him, but she wants to be a bush nurse. He says she will not last six months. Three years later, Elizabeth visits a ranch to treat a young girl, Dorrie, who is contorted in agony. She describes the symptoms in a telegram to McDonnell. His reply: infantile paralysis, no known treatment, "do the best you can with the symptoms...” Elizabeth treats “spasming” muscles with heat, wrapping Dorrie in steaming flannel. After the contractions subside, Dorrie cannot move her legs or sit up. Through close observation, Elizabeth realizes that she is not paralyzed. Her muscles have become “alienated”. After her muscles are “re-educated”, Dorrie makes a complete recovery, as do five other cases of polio that Elizabeth treats.