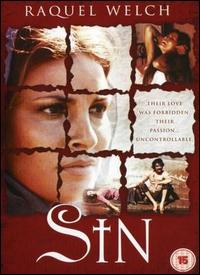 Sin (also known as The Beloved and Restless) is a 1971 film written and directed by George P. Cosmatos, and marked his directorial debut.

A beautiful but frustrated housewife begins an affair with a former childhood friend. When her suspicious husband starts to show signs of jealousy, the adulterous couple plot to murder him.