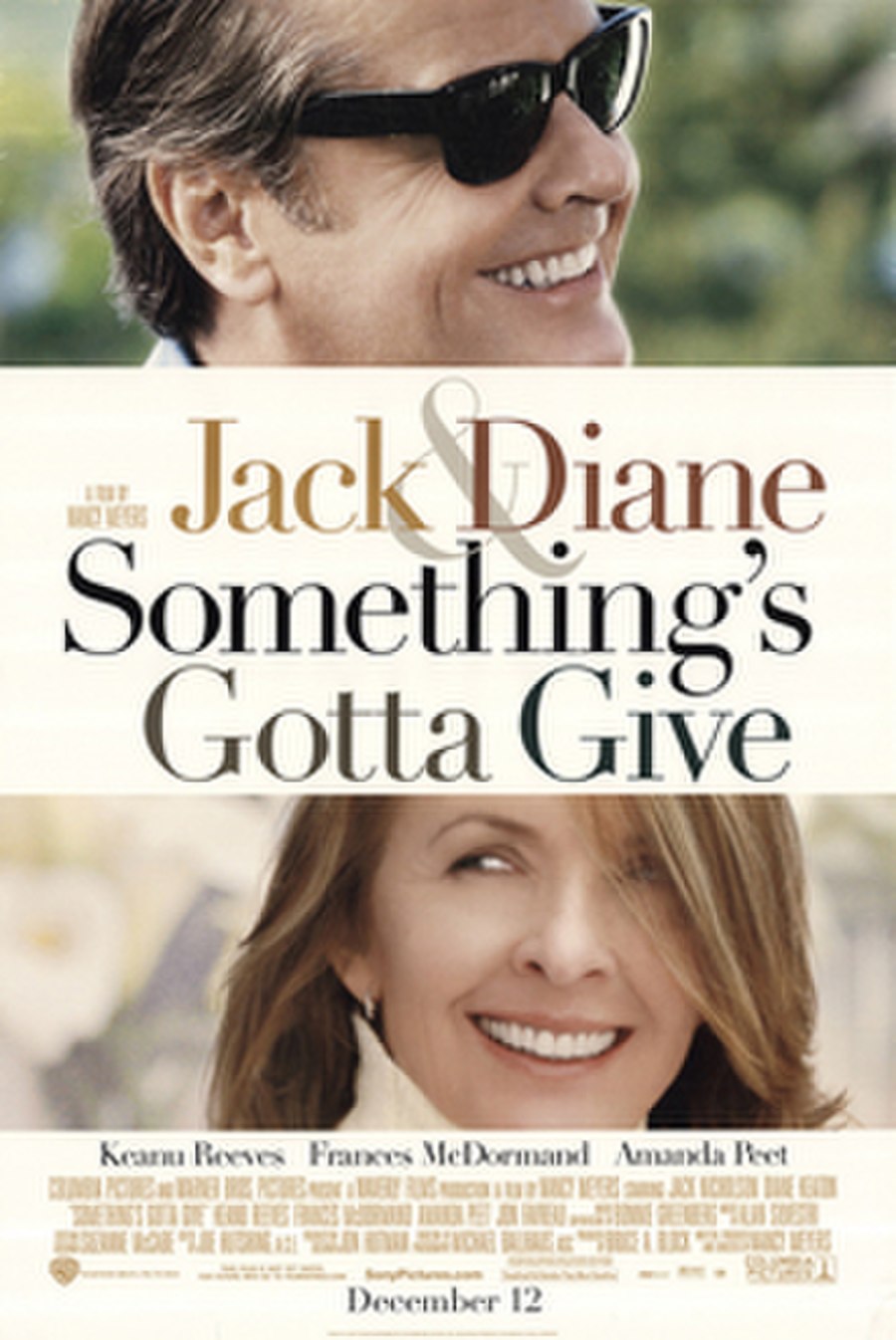 Something's Gotta Give is a 2003 American romantic comedy film written, produced and directed by Nancy Meyers. It stars Jack Nicholson and Diane Keaton as a successful 60-something and 50-something, who find love for each other in later life, despite being complete opposites. Keanu Reeves and Amanda Peet co-star, with Frances McDormand, Paul Michael Glaser, Jon Favreau, and KaDee Strickland playing key supporting roles.

Harry Sanborn is a wealthy New York music mogul who has had a 40-year habit of dating women under 30, including his latest conquest, Marin Klein. The two drive to her mother's Hamptons beach house expecting to be alone, but are surprised by Marin's mother, the successful playwright Erica Barry, who is there with her sister Zoe.