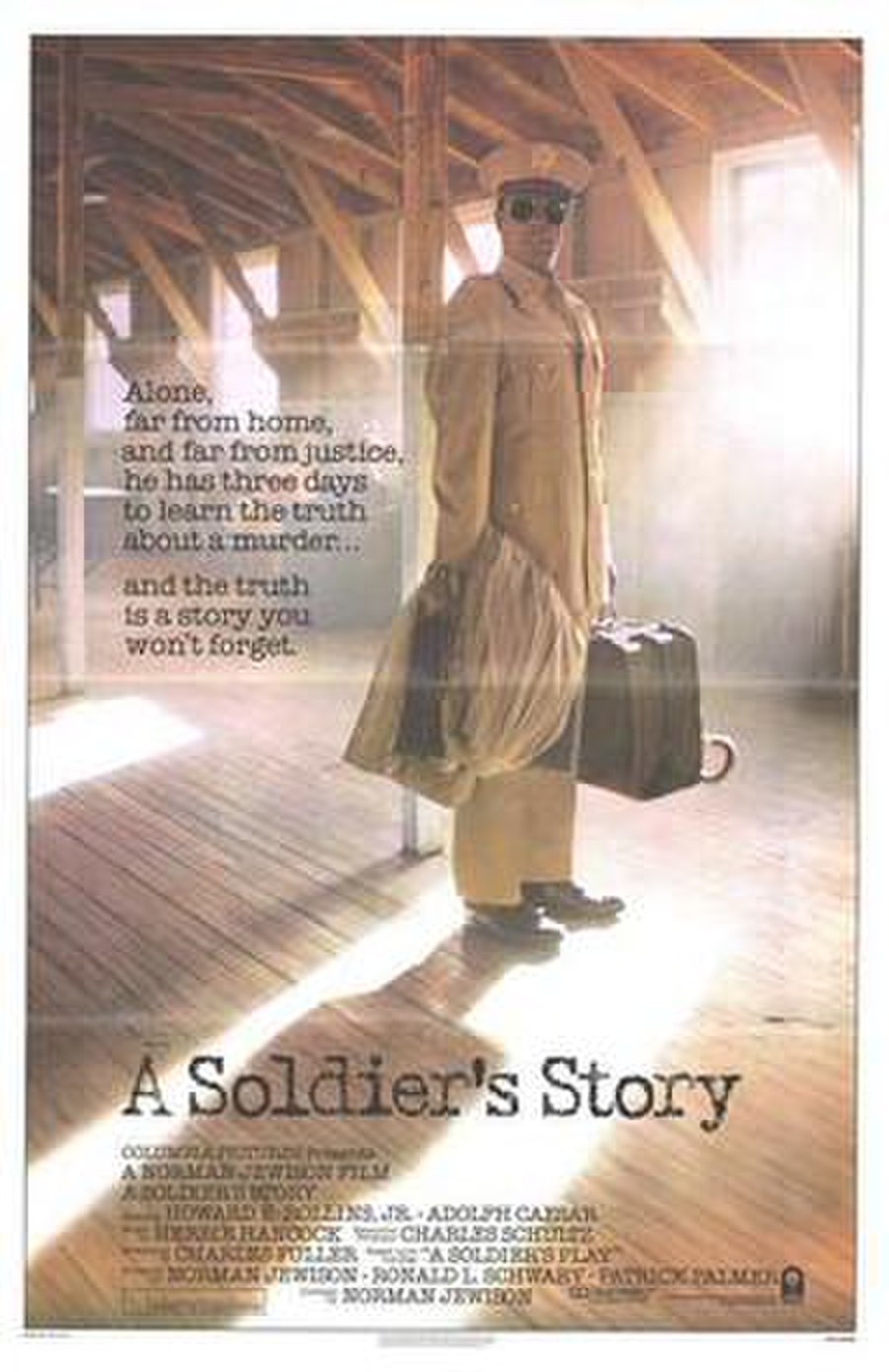 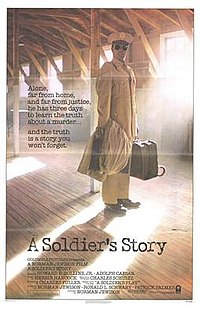 A Soldier's Story is a 1984 American mystery drama film directed and produced by Norman Jewison, adapted by Charles Fuller from his Pulitzer Prize-winning A Soldier's Play. Fuller had said Herman Melville's novella Billy Budd inspired the play. It is a story about racism in a segregated regiment of the U.S Army commanded by White officers and training in the Jim Crow South, in a time and place where a Black officer is unprecedented and bitterly resented by nearly everyone, and follows a Black JAG officer sent to investigate the murder of a Black sergeant in Louisiana near the end of World War II.

In 1944 during World War II, Vernon Waters, a master sergeant in a company of Black soldiers, is shot to death with a .45 caliber pistol outside Fort Neal, a segregated Army base in Louisiana. Captain Richard Davenport, a Black officer from the Judge Advocate General's Corps, is sent to investigate, against the wishes of commanding officer Colonel Nivens. Most assume Waters was killed by the local Ku Klux Klan, but others are doubtful.