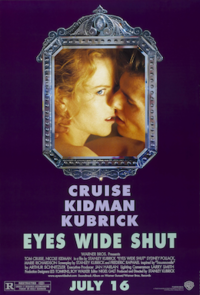 Drs. Bill and Alice Harford live in New York City with their daughter Helena. They attend a Christmas party hosted by wealthy patient Victor Ziegler, where Bill is reunited with Nick Nightingale, a medical school drop-out who now plays the piano professionally. An older Hungarian guest attempts to seduce Alice, and two young models attempt to seduce Bill. He is interrupted by his host, who had been having sex with Mandy, a young woman who has overdosed on a speedball. Mandy recovers with Bill's aid.