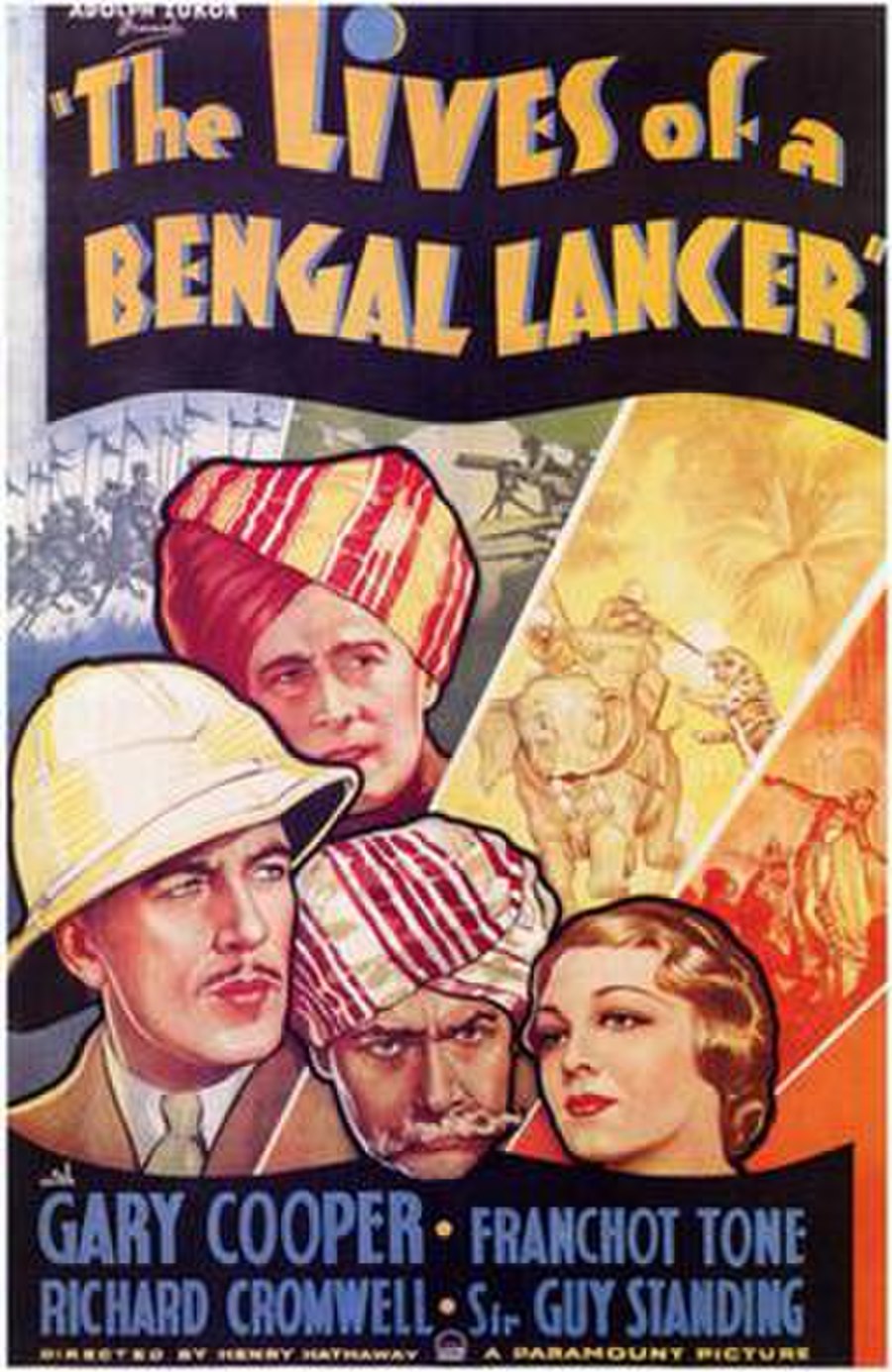 The Lives of a Bengal Lancer is a 1935 American epic-adventure-drama film that used the title of the 1930 autobiography of the British former soldier, Francis Yeats-Brown. The film is a Paramount picture. Henry Hathaway directed, and the writers, who created a story that had nothing in common with Yeats-Brown's book other than the setting, included Grover Jones, William Slavens McNutt, Waldemar Young, John L. Balderston, and Achmed Abdullah.

On the northwest frontier of India during the British Raj, Scottish Canadian Lieutenant Alan McGregor (Gary Cooper), in charge of newcomers, welcomes two replacements to the 41st Bengal Lancers: Lieutenant John Forsythe (Franchot Tone) and Lieutenant Donald Stone (Richard Cromwell), the son of the unit's commander, Colonel Tom Stone (Guy Standing). Lieutenant Stone, a "cub" (meaning a newly commissioned officer), volunteered to serve on the Indian frontier in the belief that his father specifically sent for him; while Lieutenant Forsythe, an experienced cavalrymen and something of a teasing character, was sent out as a replacement for an officer who was killed in action. After their formal introduction, Lieutenant Stone, during a heated argument with his father, realizes his father did not send for him, a discovery that breaks his heart. Attempting to show impartiality, the colonel treats his son very properly. The Colonel's military behavior and adherence to protocol is misinterpreted by young Stone, who resents such treatment from the father he has not seen since he was a boy.