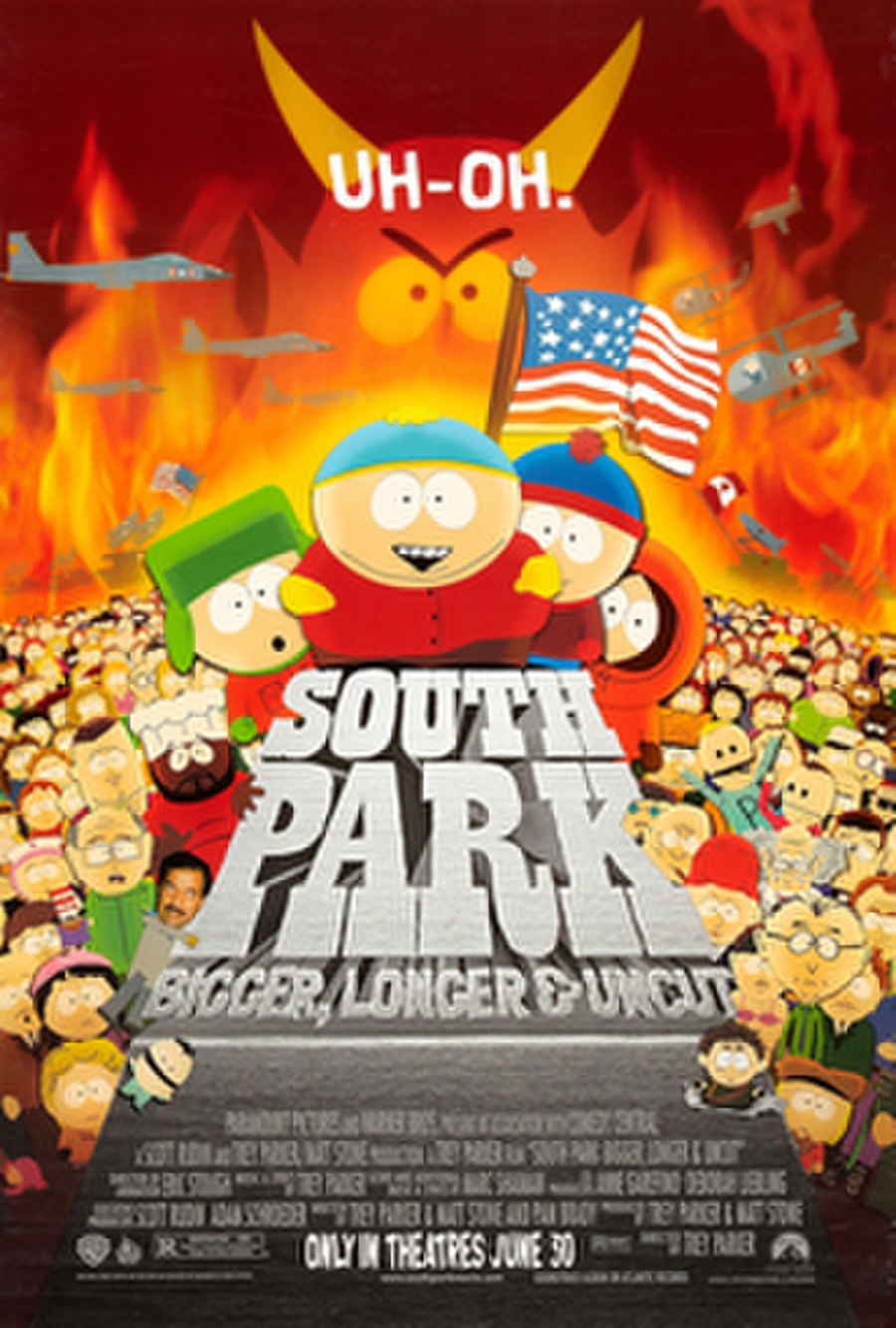 South Park: Bigger, Longer & Uncut is a 1999 American adult animated musical comedy film based on the Comedy Central adult animated television series South Park. The film was directed by series co-creator Trey Parker and stars the regular television cast of Parker, Matt Stone, Mary Kay Bergman and Isaac Hayes, with George Clooney, Eric Idle and Mike Judge in supporting roles. The screenplay was written by Parker, Stone and Pam Brady. It follows Stan Marsh as well as his friends Kyle Broflovski, Eric Cartman and Kenny McCormick as they sneak into an R-rated film featuring Canadian actors Terrance and Phillip and begin cursing incessantly. Eventually, their mothers pressure the United States to wage war against Canada for allegedly corrupting their children, giving Stan, Kyle and Cartman no choice but to unite the other children, fight their own parents, put both America and Canada back into control and rescue Terrance and Phillip, while Kenny tries to stop a prophecy when Satan and Saddam Hussein conquer the world.

Stan Marsh, Kyle Broflovski, Eric Cartman and Kenny McCormick are four third grade friends that live in the small snowy mountain town of South Park, Colorado. One Sunday morning, Stan invites Kyle, Cartman, and Kenny to see a movie called Asses of Fire, which stars the boys' favorite Canadian comedy duo, Terrance and Phillip. However, the boys are not admitted due to the film being R-rated, so they pay a homeless man to accompany them (although they make him leave once getting them into the auditorium in a $10 vodka exchange). Immediately after the movie, the boys begin swearing everywhere they go. The other children are impressed and all see the movie as well - except for Wendy Testaburger, the girl that Stan likes, who spends her time with brilliant exchange student Gregory.