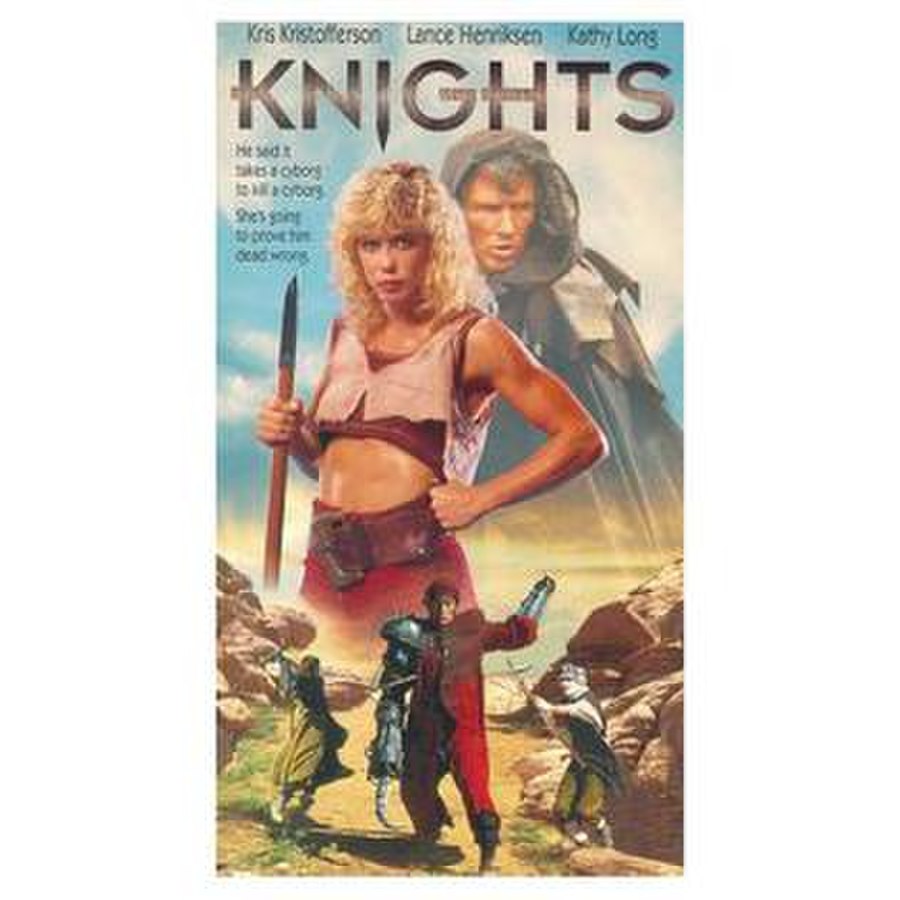 Knights is a 1993 American martial arts science fiction action film directed by Albert Pyun and starring kickboxing champion Kathy Long in her Hollywood debut. The film is a sequel to Pyun's 1989 film, Cyborg, and was released direct to home video in 1993.

The cyborg Gabriel was created to destroy all other cyborgs. He later rescues Nea by killing the cyborg Simon. Gabriel trains Nea to become a cyborg killer and help him. They continue to kill cyborgs until Gabriel is torn in half by one of his targets and taken to the cyborg camp. Nea follows Jacob and challenges the cyborg leader Job to a fight. Finding Gabriel, she straps him to her back and they battle cyborgs until Gabriel can attach a dead cyborg's legs to himself. They pursue Job, but before they can catch him, the Master Builder captures Nea's brother, taking him to Cyborg City. During a battle, Job tells Gabriel that the cyborg population can't be stopped. Job dies moments later. Gabriel and Nea ride off in search of her brother.