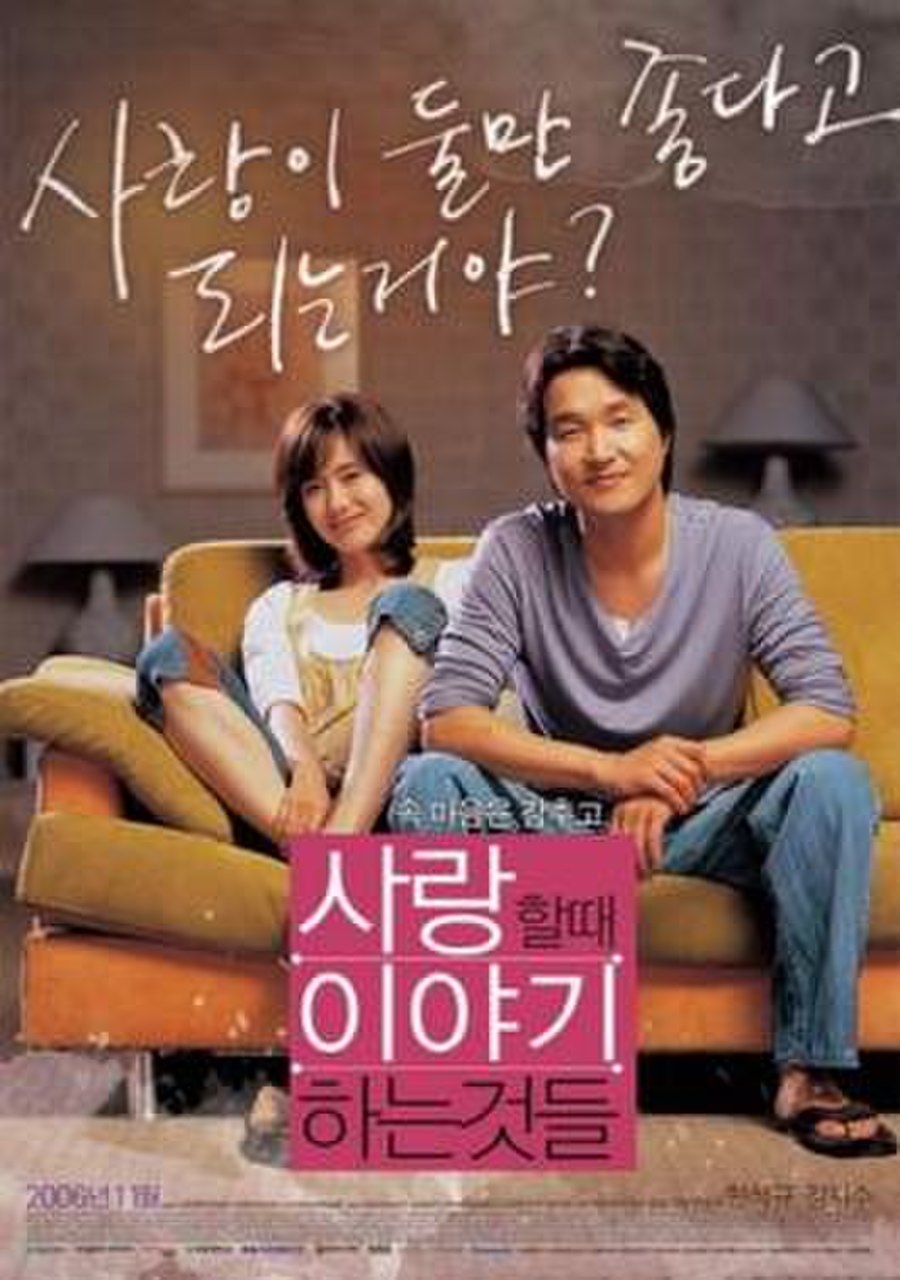 Solace (; lit. "Things You Say When You're in Love") is a 2006 South Korean film, and the directorial debut of Byeon Seung-wook. It stars Han Suk-kyu as a pharmacist who cares for his mentally disabled brother, and the relationship he builds with a debt-saddled woman (played by Kim Ji-soo) who sells fake designer clothes.

In-ku is a pharmacist who runs his own store in Seoul. Although approaching middle age, he still lives with his elderly mother and mentally disabled older brother, In-seob. In-ku spends much of his time caring for his brother, and in the recent past had to end a relationship with his girlfriend, as her parents would not accept In-seob into their family. Hye-ran earns a living by selling fake designer clothes on a stall in Seoul's Dongdaemun shopping mall, a practise which has led to trouble with the police on several occasions. She is also saddled with a crippling debt, inherited from her now-deceased father.