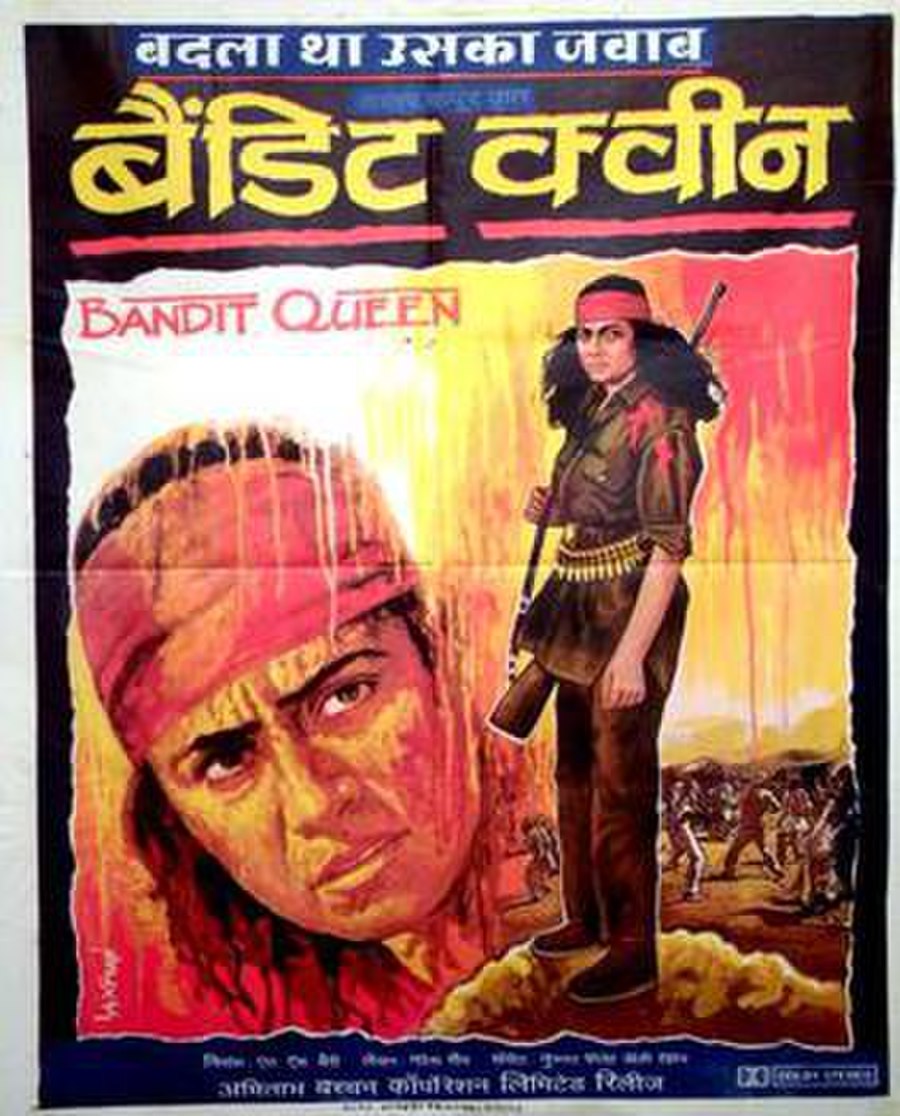 Bandit Queen is a 1994 Indian biographical film based on the life of Phoolan Devi as covered in the book India's Bandit Queen: The True Story of Phoolan Devi by the Indian author Mala Sen. It was directed by Shekhar Kapur and starred Seema Biswas as the title character. The music was composed by Ustad Nusrat Fateh Ali Khan. The film won the National Film Award for Best Feature Film in Hindi, Filmfare Critics Award for Best Movie and Best Direction for that year. The film was premiered in the Directors' Fortnight section of the 1994 Cannes Film Festival, and was screened at the Edinburgh Film Festival. The film was selected as the Indian entry for the Best Foreign Language Film at the 67th Academy Awards, but was not accepted as a nominee.

The film opens in the summer of 1968 at a small village in Uttar Pradesh. Phoolan is married to a twenty-something fellow called Puttilal (Aditya Shrivastava). Though child marriages are customary during that time, Phoolan's mother Moola (Savitri Raekwar) objects to the timing of the match. Phoolan's aging father Devideen (Ram Charan Nirmalker) conforming to his culture, regrettably disagrees, and Phoolan is sent off with Puttilal.