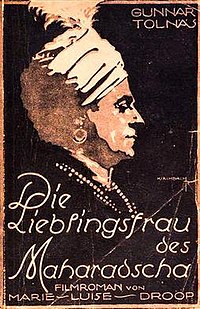 The Maharaja's Favourite Wife is a silent adventure film directed by Max Mack and starring Gunnar Tolnæs, Fritz Kortner, and Erna Morena. Originally produced in Denmark by Nordisk Film, whose German branch was taken over during the First World War. It was released in three parts, the first two in 1917 and the third in 1921. The third part was shot at the Tempelhof Studios in Berlin, and released by the leading German company UFA. Its sets were designed by the Hungarian art director István Szirontai Lhotka.