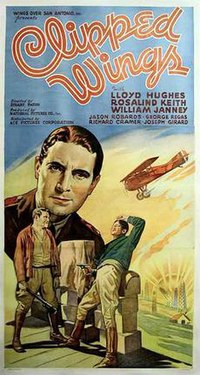 In World War I, Captain Jerry Broun (Lloyd Hughes) feels he has to fight even though the United States has not yet entered the conflict. He enrols in Canada to fly as a pilot, with his adoring young half-brother Mickey (Delmar Watson) wanting to follow in his footsteps by becoming a pilot.