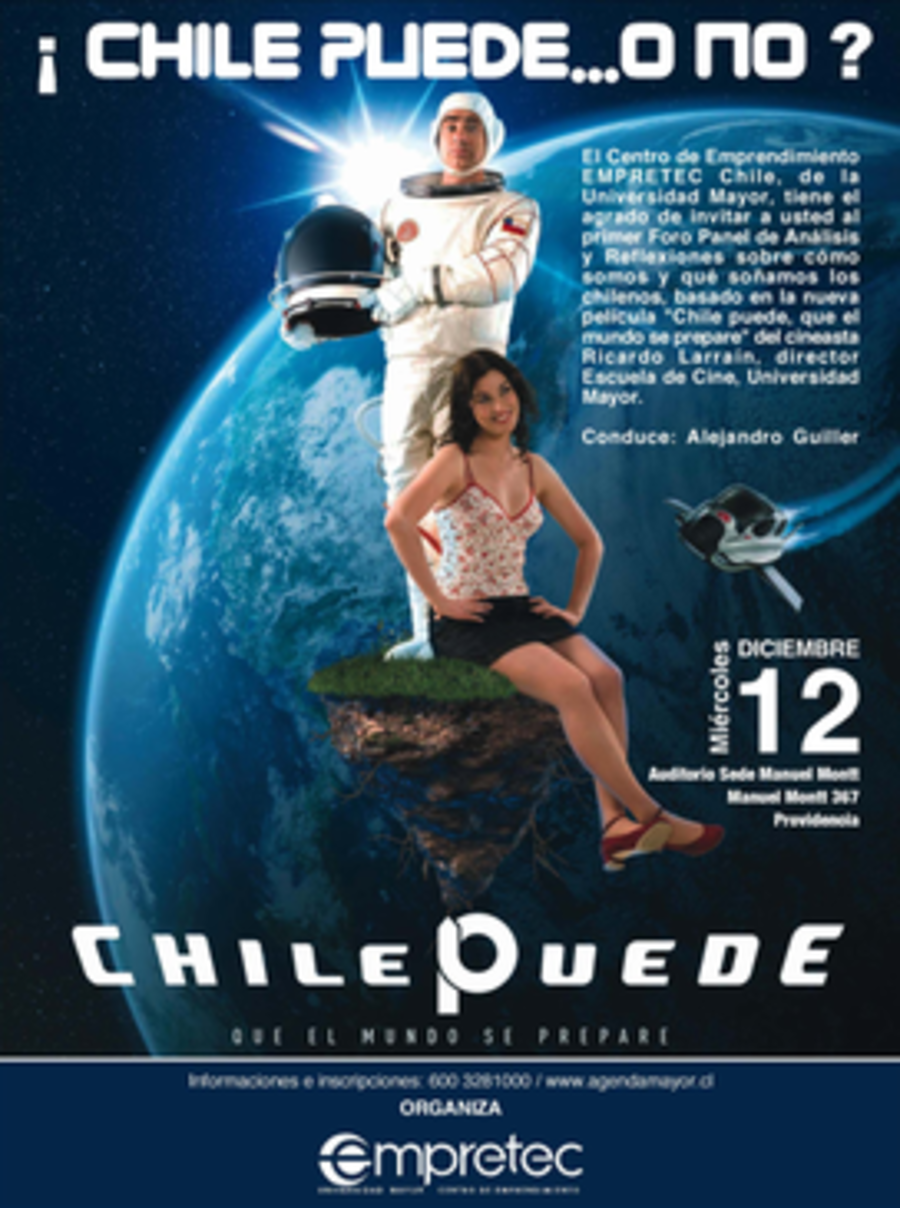 Chile puede (Spanish for: Chile can do it) is a 2008 Chilean comedy film about an illegal private Chilean space venture orchestrated by a mad tycoon that comes under the suspicions of the United States government, as an Arab and Al-Qaeda motivated anthrax-filled-satellite attack on the United States.

A group of scientists working in the north of Chile are about to launch the first Chilean space mission into space. Just before the launch is due, the scientists and engineers are involved in some industrial dispute over wages and working conditions which leads them to walk out of the ground control centre and abandon the project and its director.