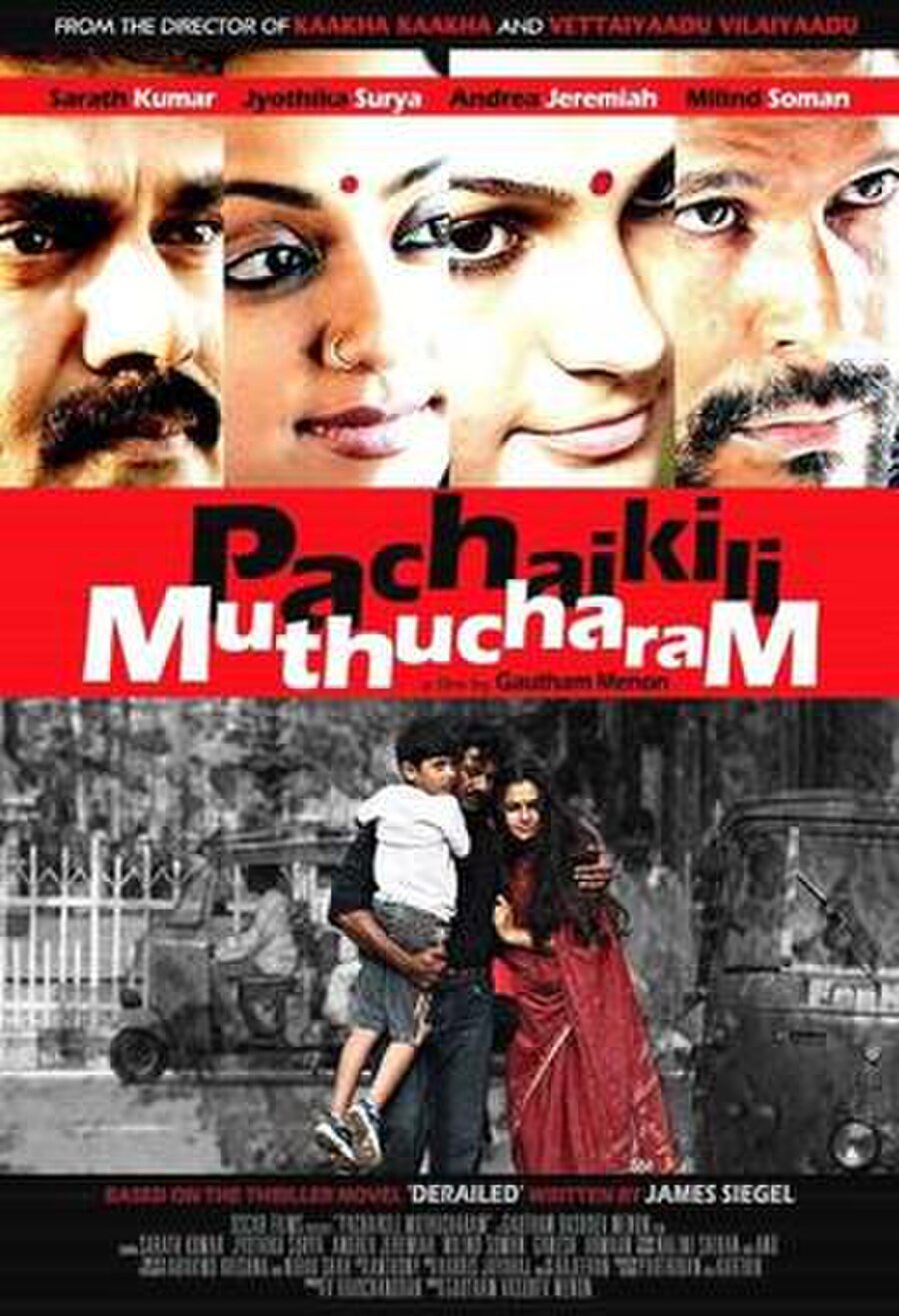 Pachaikili Muthucharam is a 2007 Indian Tamil-language action thriller film directed by Gautham Vasudev Menon. It is based on the 2005 British-American thriller film Derailed. The film stars Sarathkumar, Jyothika, Andrea Jeremiah and Milind Soman. The film's score and soundtrack were composed by Harris Jayaraj. The soundtrack was released on 20 January 2007 to positive reviews. The film was released on 13 February 2007. The movie was dubbed in Telugu as Drohi.

Venkatesh, a medical representative, is happily married to Kalyani, and they both have a son named Nanda. They all have a perfect life. That is, until Nanda falls sick, and things between Venkat and Kalyani cool down a bit. Kalyani begins to spend more time with Nanda and starts to ignore Venkat involuntarily. Venkat, feeling a bit lonely and neglected, walks in and out of his monotonous life without complaining much. He tries to understand his wife's feelings.