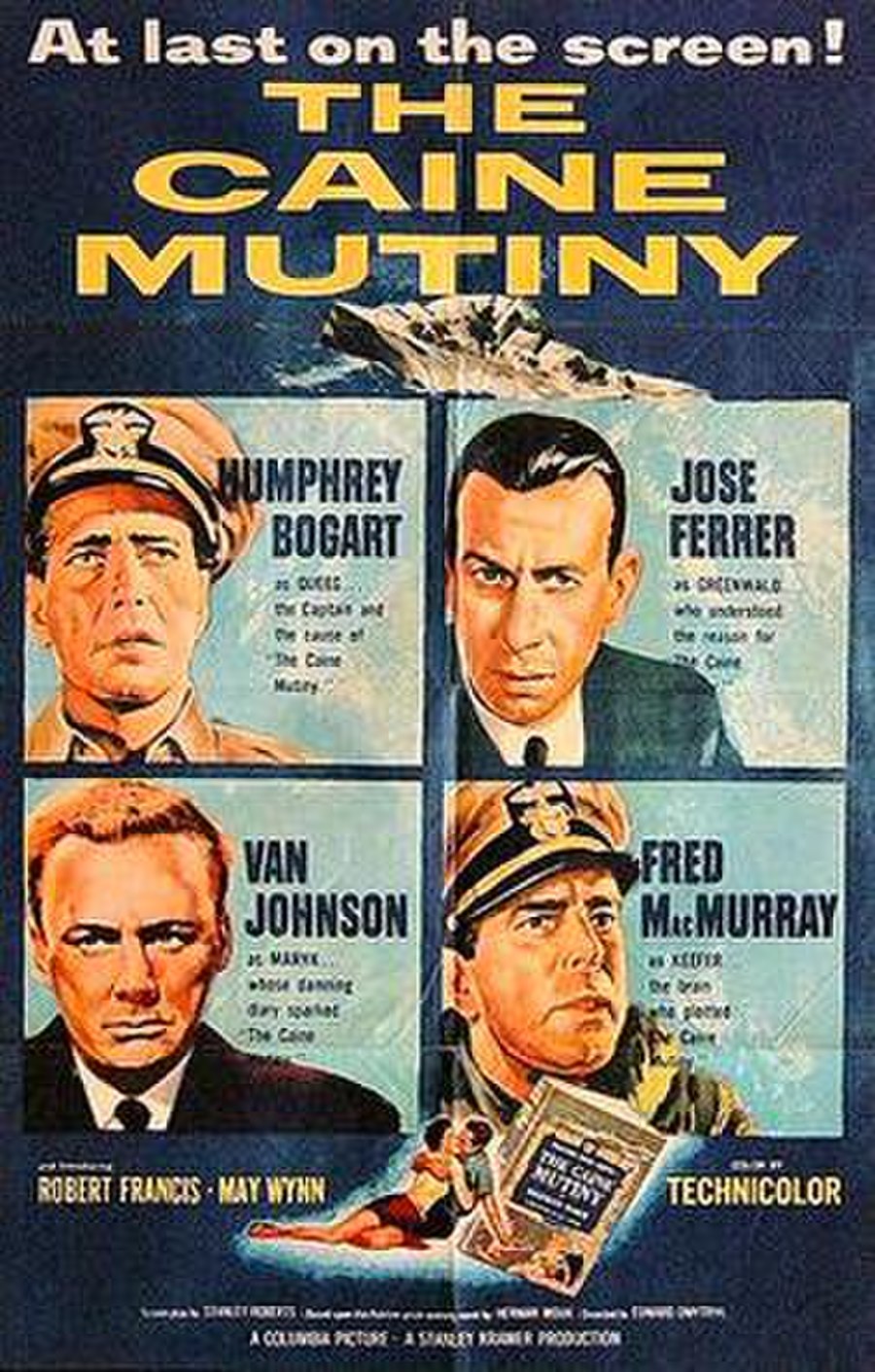 The Caine Mutiny is an American film released by Columbia Pictures in 1954. A fictional Navy drama set in the Pacific during World War II, it was directed by Edward Dmytryk and produced by Stanley Kramer, and starred Humphrey Bogart, José Ferrer, Van Johnson, Fred MacMurray, and Robert Francis. The film is based on The Caine Mutiny, the 1951 Pulitzer Prize-winning novel written by Herman Wouk. It depicts the events on board a fictitious World War II U.S. Navy destroyer-minesweeper and the subsequent court-martial of its executive officer for making a mutiny.