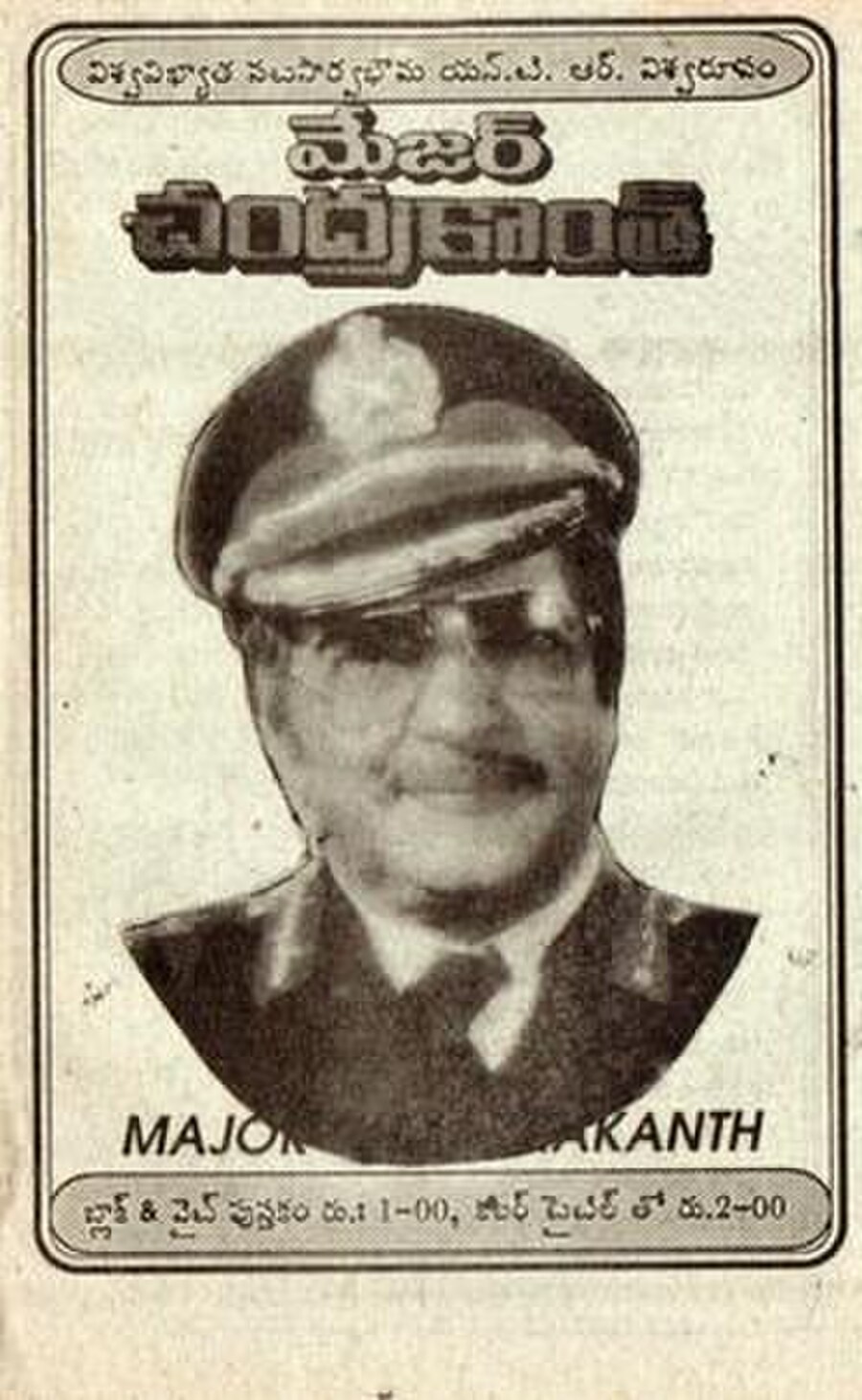 Major Chandrakanth (N. T. Rama Rao), a bravo courageous soldier who has been awarded Param Vir Chakra for protecting foreign tourists from a deadly terrorist G.K. (Rakhee). In that operation, unfortunately, his close friend Major Rajashekar (M.Balayya) is seriously injured. Before dying, Chandrakanth promises him to couple up his daughter Seeta (Nagma) with his son Sivaji (Mohan Babu). Due to a curveball, Sivaji becomes a gangster, associates with his friend Hema (Ramya Krishna) and works for a powerful politician M.P.Gnaeswara Rao (Amrish Puri) a scandalous who enacts a lot of atrocities in society using his 5 sons. Once while escaping from Police Sivaji unknowingly marries Seeta and escapes. Meanwhile, Chandrakanth returns home where he leads a happy family life with his ideal wife Savitri (Sarada), two daughters Dr. Bharathi (Sudha) & Jhansi (Kinnera) and son Sivaji. At present, Chandrakanth encounters Gnaeswara Rao and gives a tough fight. Once in a protest when Chandrakanth is wounded when Sivaji questions his father, then he explains the glory of his country which reforms Sivaji and decides to leave his profession. To which Gnaeswara Rao disagrees and makes him caught by Police when Chandrakanth is annoyed Sivaji starts narrating the past. Once he rescues Hema from a bunch of goons, afterward, he recognizes her as a smuggler when she asks him to accomplice them, he refuses. At the same time, Sivaji's brother-in-law (Prasad Babu) kills a person in an accident and the victim's demand 10 lakhs as compensation. So, to protect his family prestige, he forcibly entered the crime line. Yet, Chandrakanth is not ready to accept Sivaji, so, he leaves the house, bolts the real culprits with the help of Hema as too unwillingly carrying-out these activities. Here Chandrakanth feels proud, learns regarding his marriage, discovers Seeta as Rajashekar's daughter and happily gives his approval. Now, a tragic incident, Chandrakanth realizes that Savitri is terminally-ill as she suffers from blood cancer. At that point in time, Chandrakanth spots G.K with Gnaeswara Rao when Hema & Sivaji also follow them. In the attack, Hema dies and Chandrakanth presents Gnaeswar Rao's evil deeds before the judiciary. But he manipulates the legal proceedings and escapes from the sentence. Simultaneously, Savitri passes away when Chandrakanth takes an oath to remove these anti-social elements. So, he awakes the public and makes them to revolt. On the other side, Sivaji collects pieces of evidence against them and they decide to present it before Govt. Knowing it, Gnaeswar Rao kidnaps Chandrakanth and his family. At last, Chandrakanth proves Gnaeswar Rao as a traitor by sacrificing his life for the country.