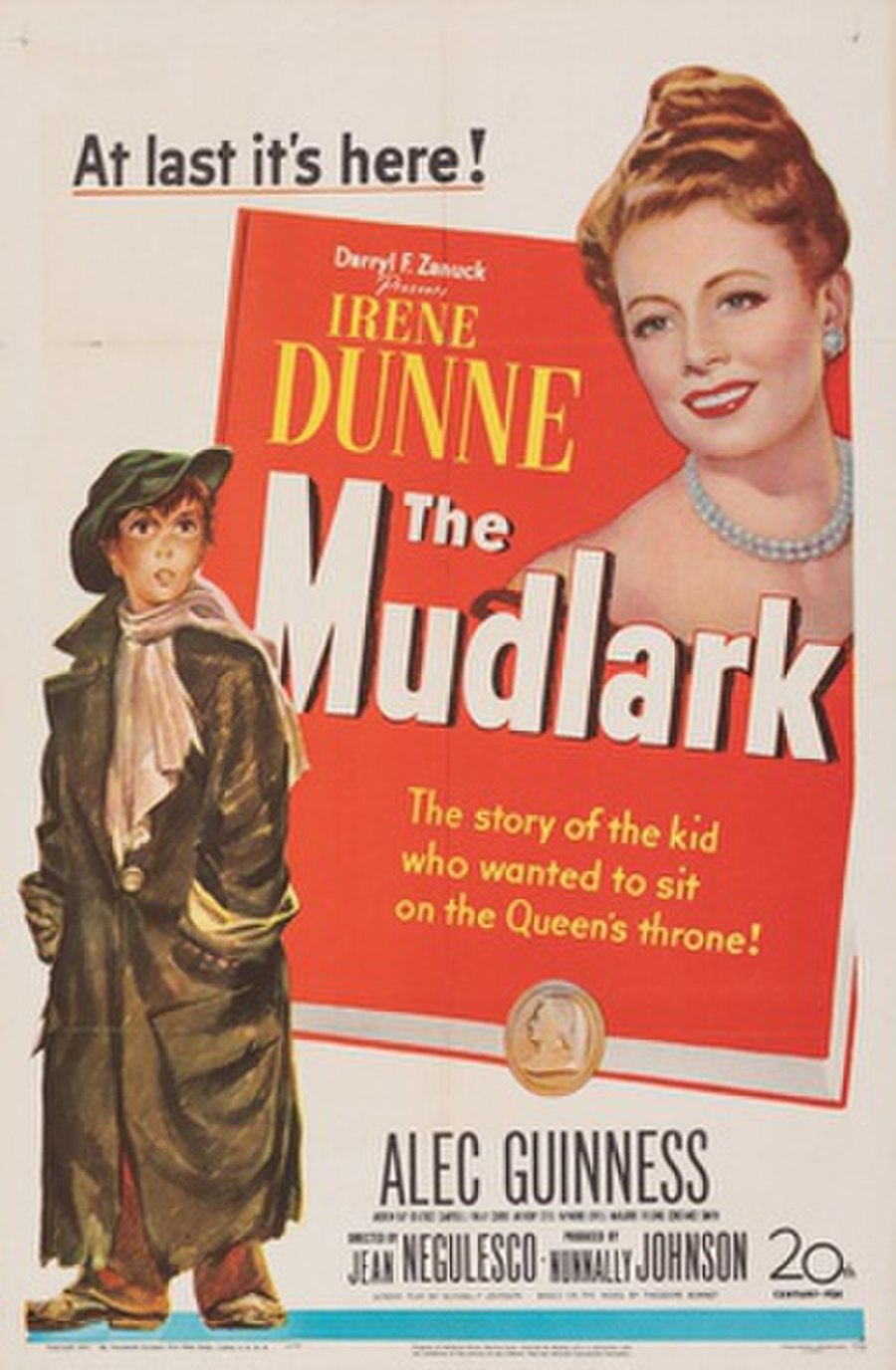 The Mudlark is a 1950 film made in Britain by 20th Century Fox. It is a fictional account of how Queen Victoria was eventually brought out of her mourning for her dead husband, Prince Albert. It was directed by Jean Negulesco, written and produced by Nunnally Johnson and based on the 1949 novel of the same name by American artillery sergeant and San Francisco newspaperman Theodore Bonnet (1908–1983). It stars Irene Dunne, Alec Guinness and Andrew Ray.

A young street urchin (Andrew Ray), half-starved and homeless, finds a cameo containing the likeness of Queen Victoria (Irene Dunne). Not recognizing her, he is told that she is the "mother of all England". Taking the remark literally, he journeys to Windsor Castle to see her.