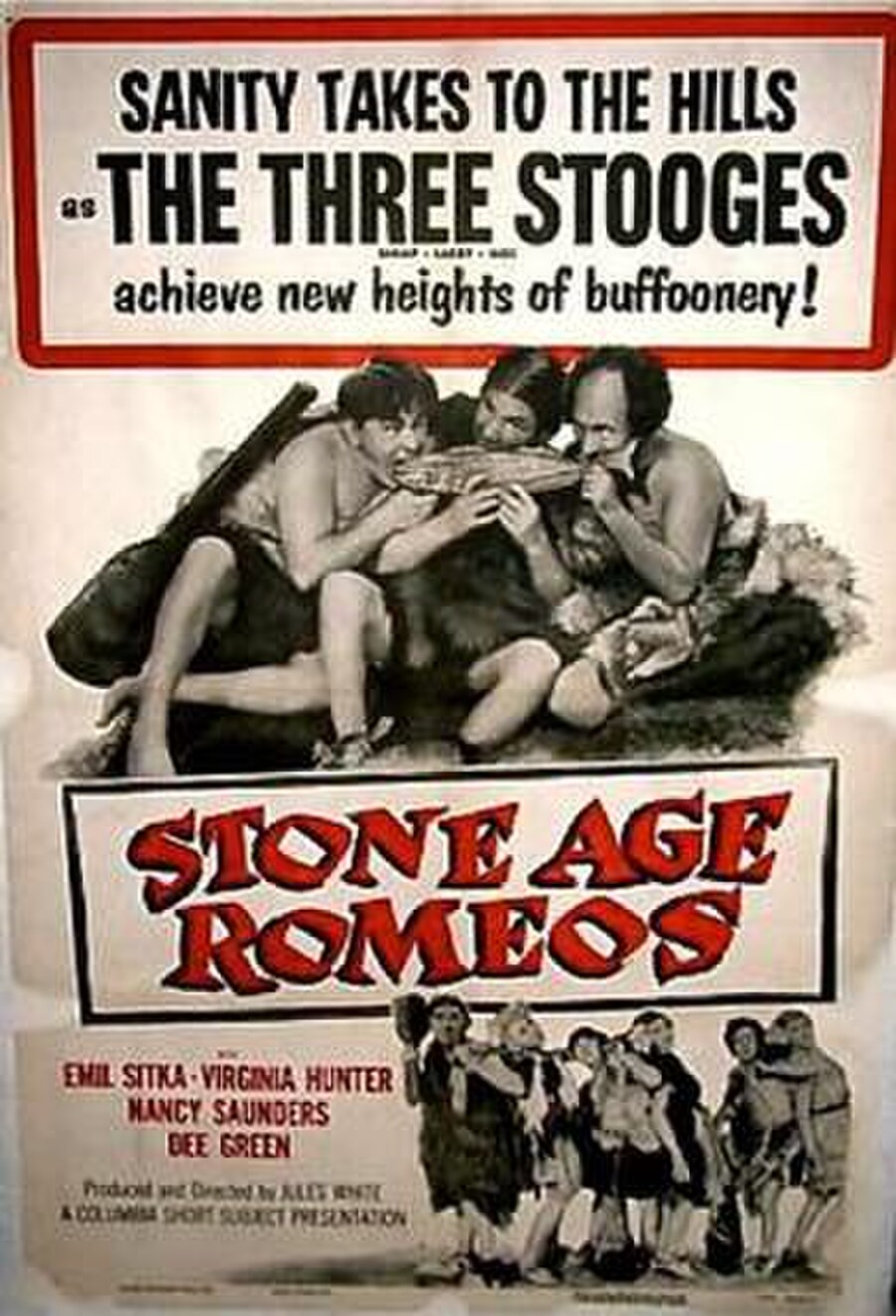 Stone Age Romeos is a 1955 short subject directed by Jules White starring American slapstick comedy team The Three Stooges (Moe Howard, Larry Fine and Shemp Howard). It is the 163rd entry in the series released by Columbia Pictures starring the comedians, who released 190 shorts for the studio between 1934 and 1959..

The Stooges hope to collect a reward by proving to museum curator B. Bopper (Emil Sitka) that cavemen indeed still exist. They embark on an expedition with 16mm camera in hand, ready to film whatever they find. Eventually, the Stooges return to Bopper with a film showing three cavemen living in the prehistoric age. The film illustrates the three tending to their daily chores, consisting of mixing milk, hunting fish, and gathering eggs. The film also shows the three cavemen defending their women from other fellow cavemen. Bopper is ecstatic, and is preparing to cut the Stooges a check. However, Bopper overhears the sneaky Stooges talking about how the film was a hoax, as they played the cavemen themselves. The curator is furious, and promptly shoots the three frauds in their derrieres, before shooting himself in the foot.