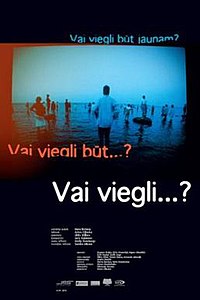 Is It Easy to Be Young? (, ) is a Soviet-era Latvian documentary film directed by Juris Podnieks. It was filmed in 1986 with dialogue in both Latvian and Russian, and is considered to be among the most controversial movies of its era. It was one of the five winners of the 1987 International Documentary Association awards.