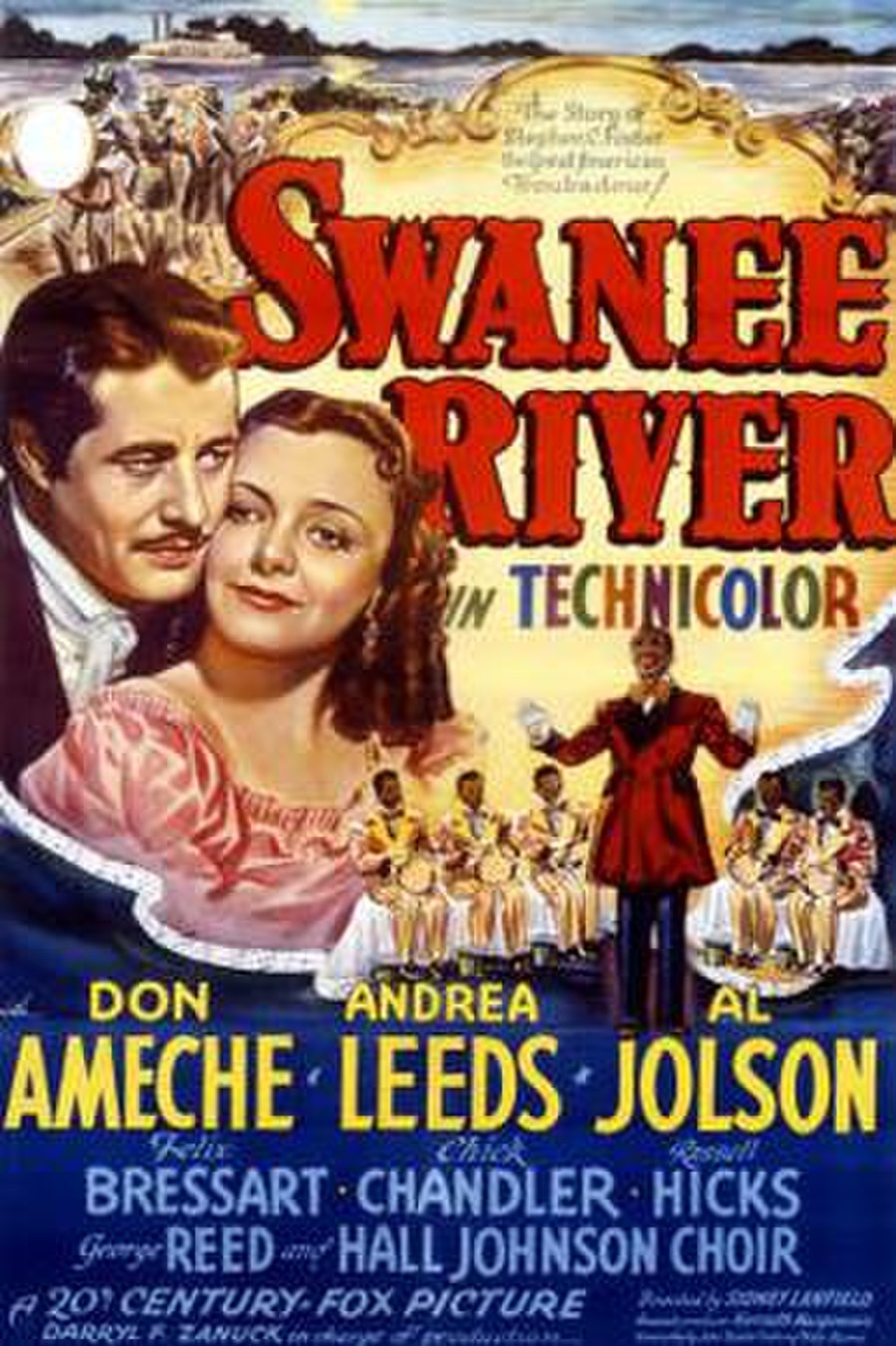 Swanee River is a 1939 American film directed by Sidney Lanfield and starring Don Ameche, Andrea Leeds, Al Jolson, and Felix Bressart. It is a biopic about Stephen Foster, a songwriter from Pittsburgh who falls in love with the South, marries a Southern girl, then is accused of sympathizing when the Civil War breaks out. Typical of 20th Century Fox biographical films of the time, the film was more fictional than it was factual.

The family of Stephen Foster (Ameche) insists that he accept a seven-dollar-a-week shipping clerk job in Cincinnati, but he prefers to write songs. Stephen's prospective father-in-law Andrew McDowell has no faith in Stephen, who wants to write "music from the heart of the simple people of the South." The struggling composer is content to sell "Oh! Susanna" for fifteen dollars to minstrel singer E. P. Christy and allows Christy to take credit as its writer.