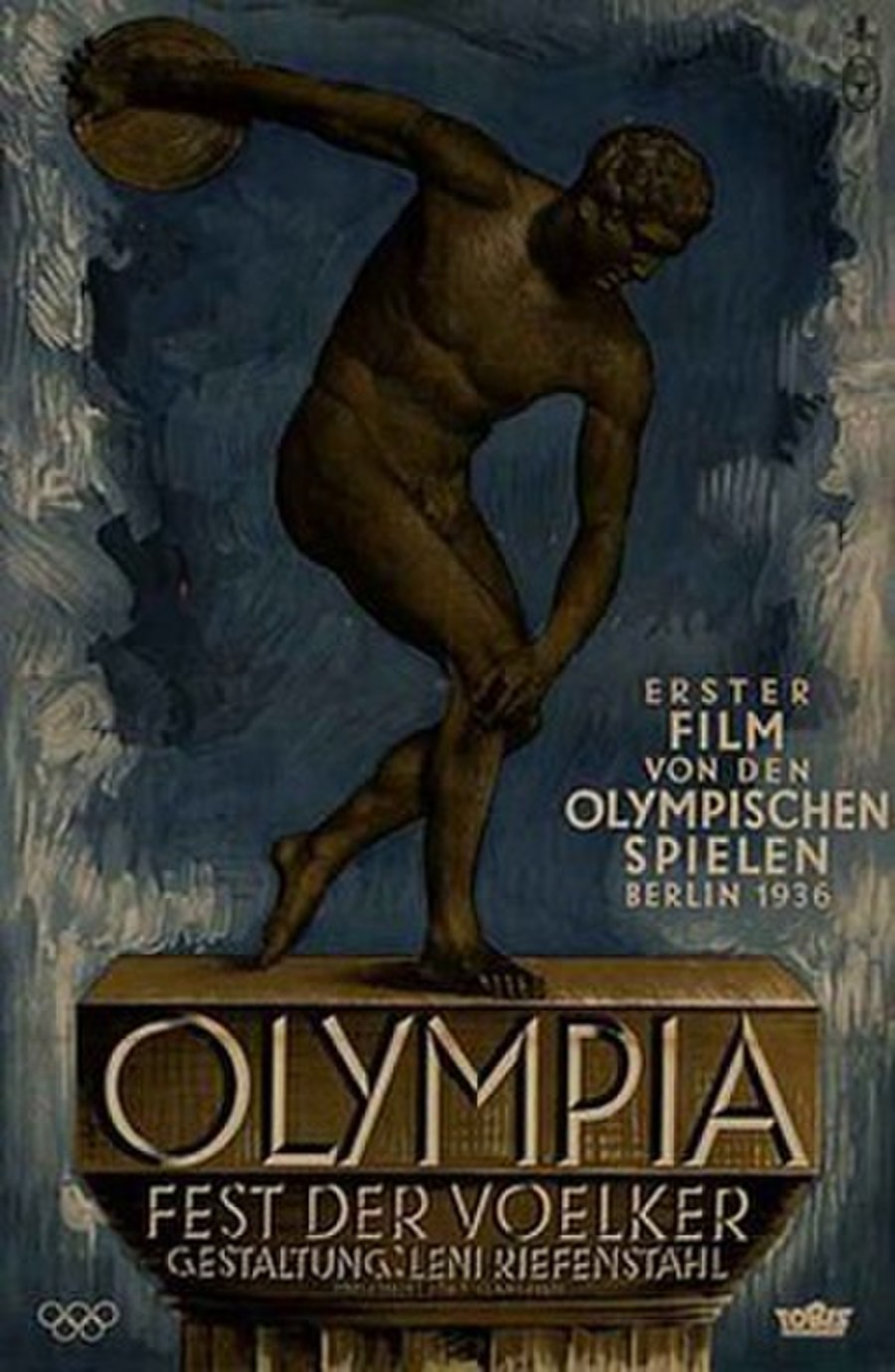 Olympia is a 1938 Nazi German propaganda sports film written, directed and produced by Leni Riefenstahl, which documented the 1936 Summer Olympics, held in the Olympic Stadium in Berlin, Germany. The film was released in two parts: Olympia 1. Teil — Fest der Völker (Festival of Nations) and Olympia 2. Teil — Fest der Schönheit (Festival of Beauty). It was the first documentary feature film of an Olympic Games ever made. Many advanced motion picture techniques, which later became industry standards but which were groundbreaking at the time, were employed, including unusual camera angles, smash cuts, extreme close-ups and placing tracking shot rails within the bleachers. The techniques employed are almost universally admired, but the film is controversial due to its political context. Nevertheless, it appears on many lists of the greatest films of all time, including Time magazine's "All-Time 100 Movies."