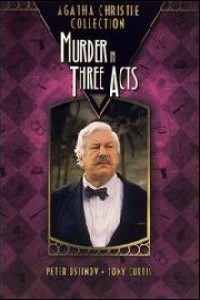 Poirot joins his assistant Hastings in Acapulco, Mexico, where Hastings is staying. They go to a party at which the other guests include the writer Janet Crisp, the American actor Charles Cartwright, a clergyman called Babbington, Daisy Eastman and her daughter Egg, Dr Strange, and Ricardo Montoya. Babbington dies of poisoning, then Strange is poisoned, too, and Poirot hunts the murderer.