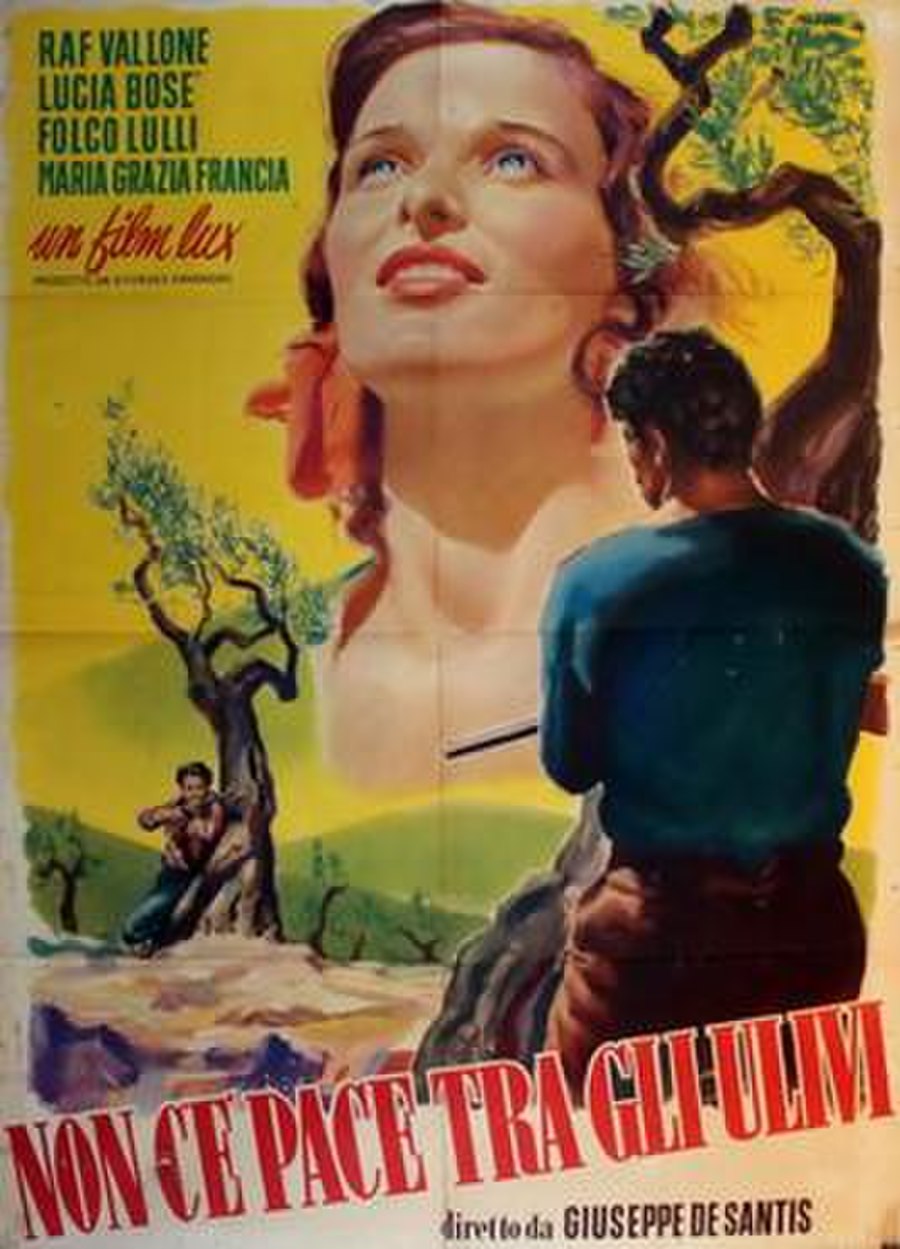 No Peace Under the Olive Tree 1950

No Peace Under the Olive Tree (Italian: Non c'è pace tra gli ulivi) is a 1950 Italian neorealist drama film directed by Giuseppe De Santis and starring Raf Vallone, Lucia Bosé and Folco Lulli. It was the director's follow-up to Bitter Rice (1949) which also starred Vallone. It was originally planned to partner him with Silvana Mangano again, but due to her pregnancy she was replaced by Lucia Bosé. Despite the commercial success of Bitter Rice, the Communist De Santis had been stung by left-wing criticism due to American cultural elements included the film which he purposefully excluded from the follow-up. He also included characters who were less ambiguous and concluded with a happy ending, similar to those of Socialist realism.