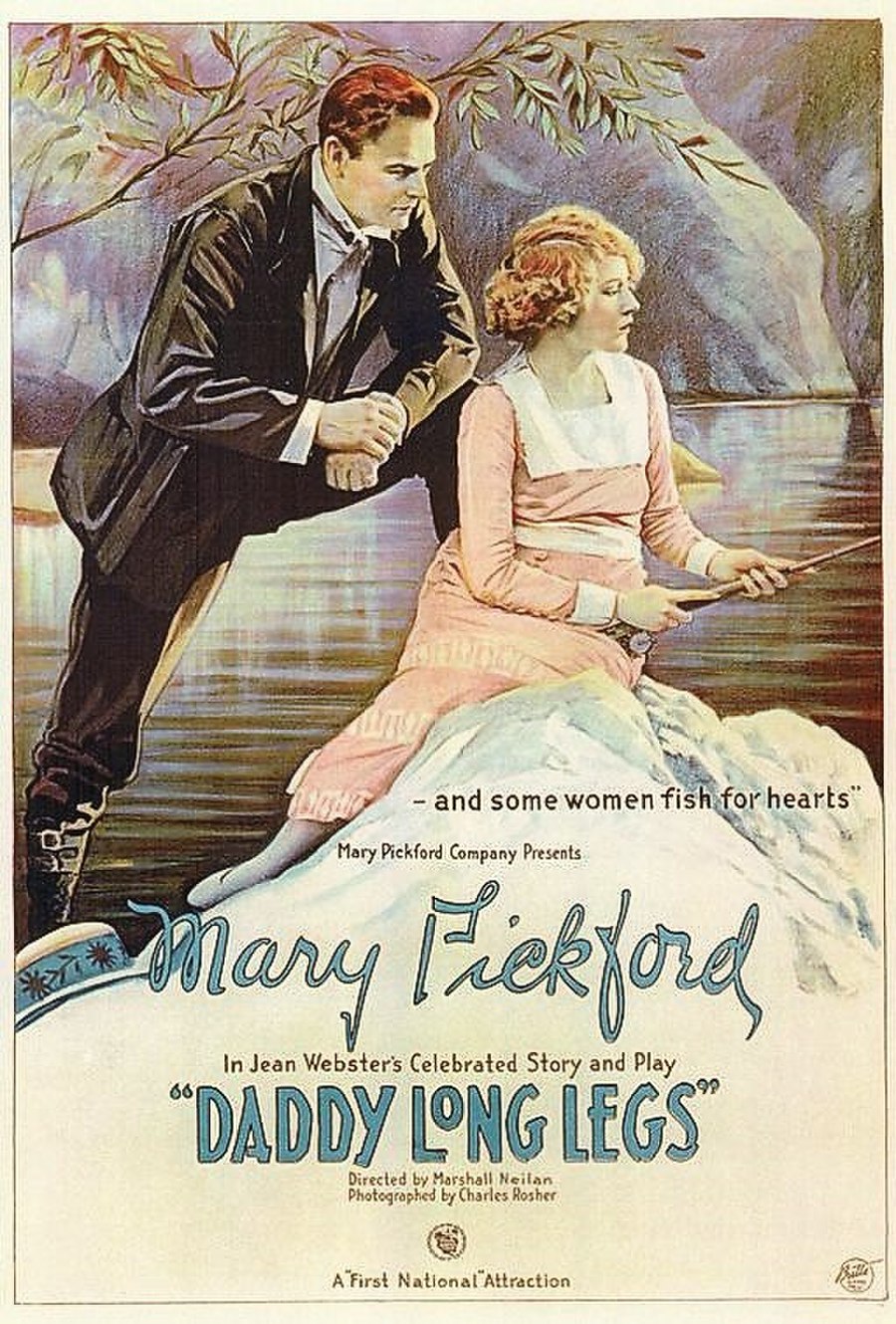 Daddy-Long-Legs is a 1919 American silent comedy-drama film directed by Marshall Neilan, and based on Jean Webster's 1912 novel Daddy-Long-Legs. The film stars Mary Pickford.

A police officer finds a baby in a trash can, and Mrs. Lippett, the cruel matron at an orphanage where children are made to work, names her "Jerusha Abbott" (she picks "Abbott" out of a phone book and gets "Jerusha" from a tombstone). The orphan, who comes to be called Judy, does what she can to stand up for the younger children, frequently clashing with both Mrs. Lippett and the cold hearted trustees. At one point she leads a rebellion against being served prunes with every meal and at another, steals a doll from a selfish rich girl to lend to a dying orphan.