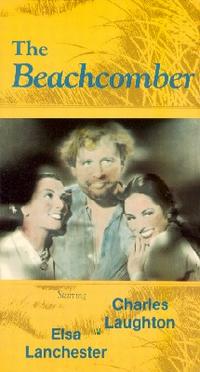 Vessel of Wrath is a 1938 British film directed by Erich Pommer, produced by Pommer, and starring Charles Laughton and Elsa Lanchester. It was based on the 1931 Somerset Maugham short story "The Vessel of Wrath". The film is also known as The Beachcomber in the US.

Englishman Ginger Ted is a "dissolute beachcomber" living in a tropical Dutch colonial possession somewhere in the Indian Ocean. When a ship makes its monthly visit, Ted has to outrun a mob of creditors to obtain his remittance cheque from the Controleur, the colonial governor. However, his friend makes him pay his debts, leaving him only a little.