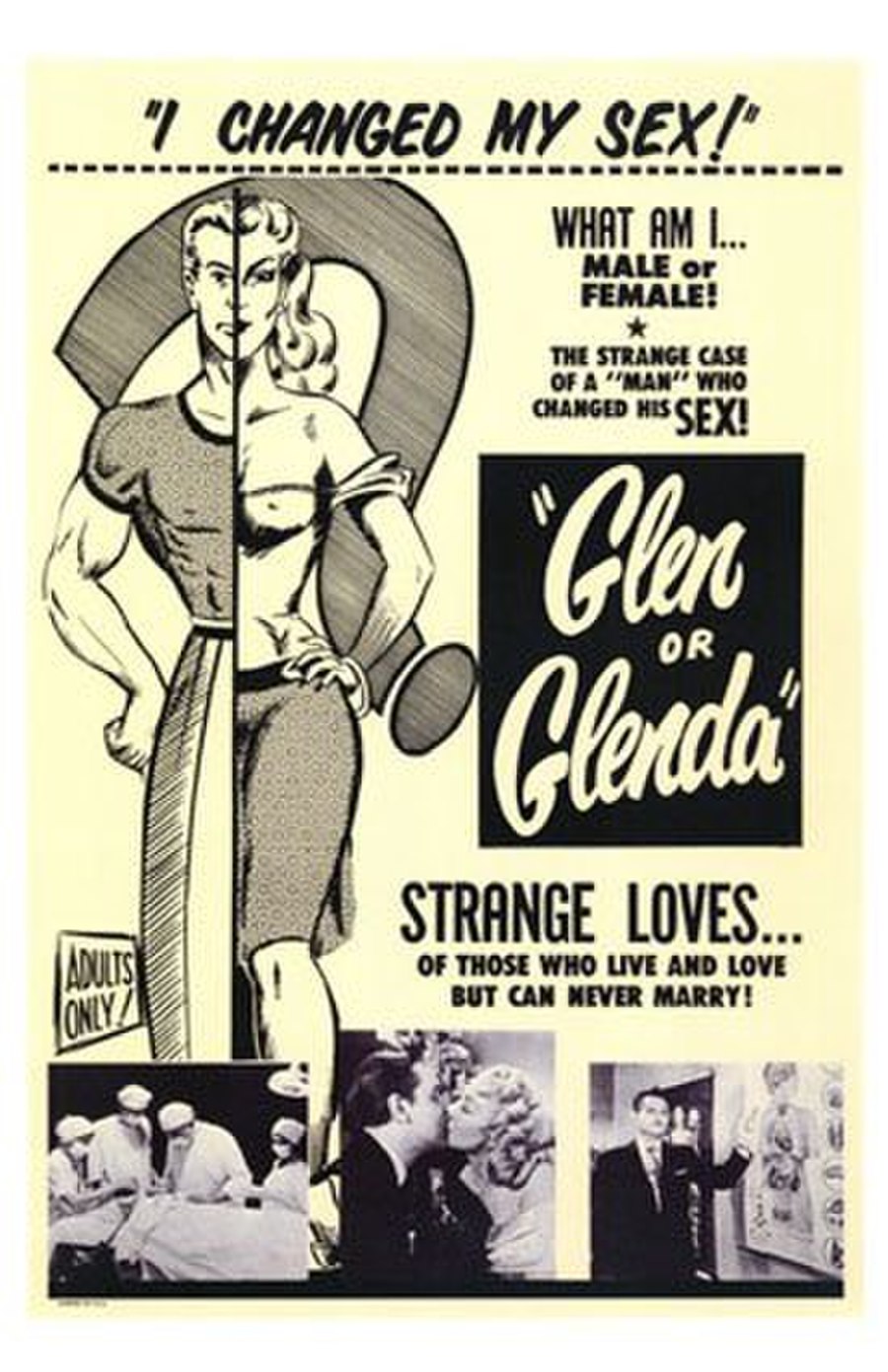 Glen or Glenda is a 1953 American exploitation film written, directed by and starring Ed Wood (credited in his starring role as "Daniel Davis"), and featuring Bela Lugosi and Wood's then-girlfriend Dolores Fuller. It was produced by George Weiss who also made the exploitation film Test Tube Babies that same year.

The film begins with a narrator, called The Scientist (Bela Lugosi), making cryptic comments about humanity. He first comments that humanity's constant search for the unknown results in startling things coming to light. But most of these "new" discoveries are actually quite old, which he refers to as "the signs of the ages". Later, the scene turns to the streets of a city, with the narrator commenting that each human has his/her own thoughts, ideas, and personality. He makes further comments on human life, while sounds accompany some comments. The cries of a newborn baby are followed by the sirens of an ambulance. One is a sign that a new life has begun, the other that a life has ended.<ref name="Radiation">{{cite web |url= |title=The Unbroken Dream of Edward D. Wood, Jr.' |date= June 14, 2009 |accessdate=November 19, 2013 |author= Mykal |publisher=Radiation Cinema}}</ref>