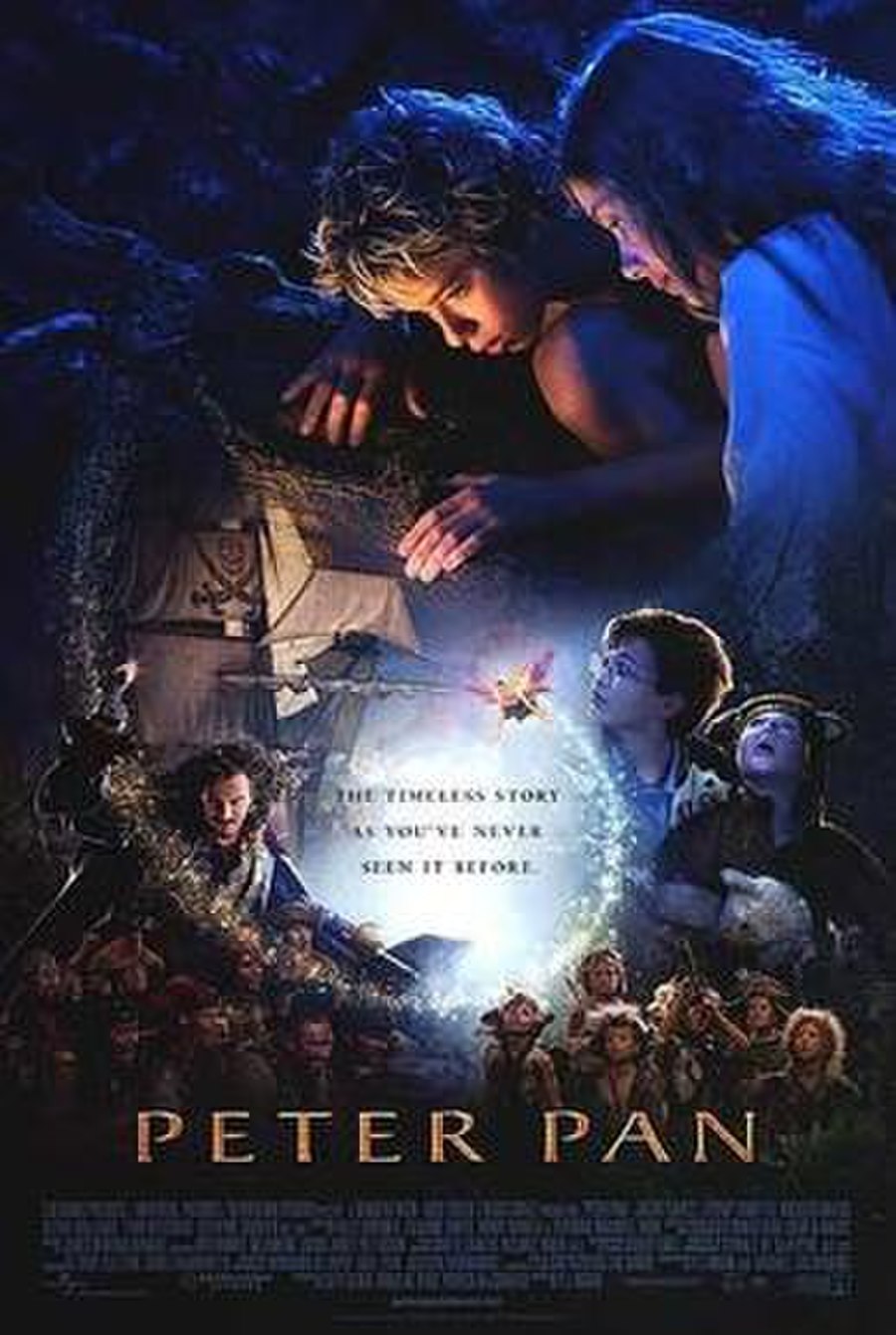 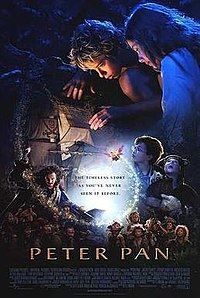 Peter Pan is a 2003 American fantasy adventure film directed by P.J. Hogan and written by Hogan and Michael Goldenberg. The screenplay is based on the 1904 play and 1911 novel Peter Pan, or The Boy Who Wouldn't Grow Up by J.M. Barrie. Jason Isaacs plays the dual roles of Captain Hook and George Darling, Olivia Williams plays Mrs. Darling, while Jeremy Sumpter plays Peter Pan, Rachel Hurd-Wood plays Wendy Darling, and Ludivine Sagnier plays Tinker Bell. Lynn Redgrave plays a supporting role as Aunt Millicent, a new character created for the film.

In 1904, in the nursery of the Darling household located in London, Wendy Darling tells stories of Peter Pan to her younger brothers John and Michael before their Aunt Millicent's arrival. Judging Wendy to be an "almost" full-grown woman, Aunt Millicent advises Mr. and Mrs. Darling that Wendy should be given her own bedroom. At school, Wendy is caught by her teacher, daydreaming with a drawing she made after supposedly seeing Peter in the night. The school sends a letter about this to Wendy's father at the bank. In an attempt to stop the messenger boy from delivering the letter with the help of the family's nurse dog Nana, Wendy embarrasses her father in front of his superiors. As punishment, Mr. Darling chains Nana outside and declares that it is time for Wendy to grow up and have a room of her own.