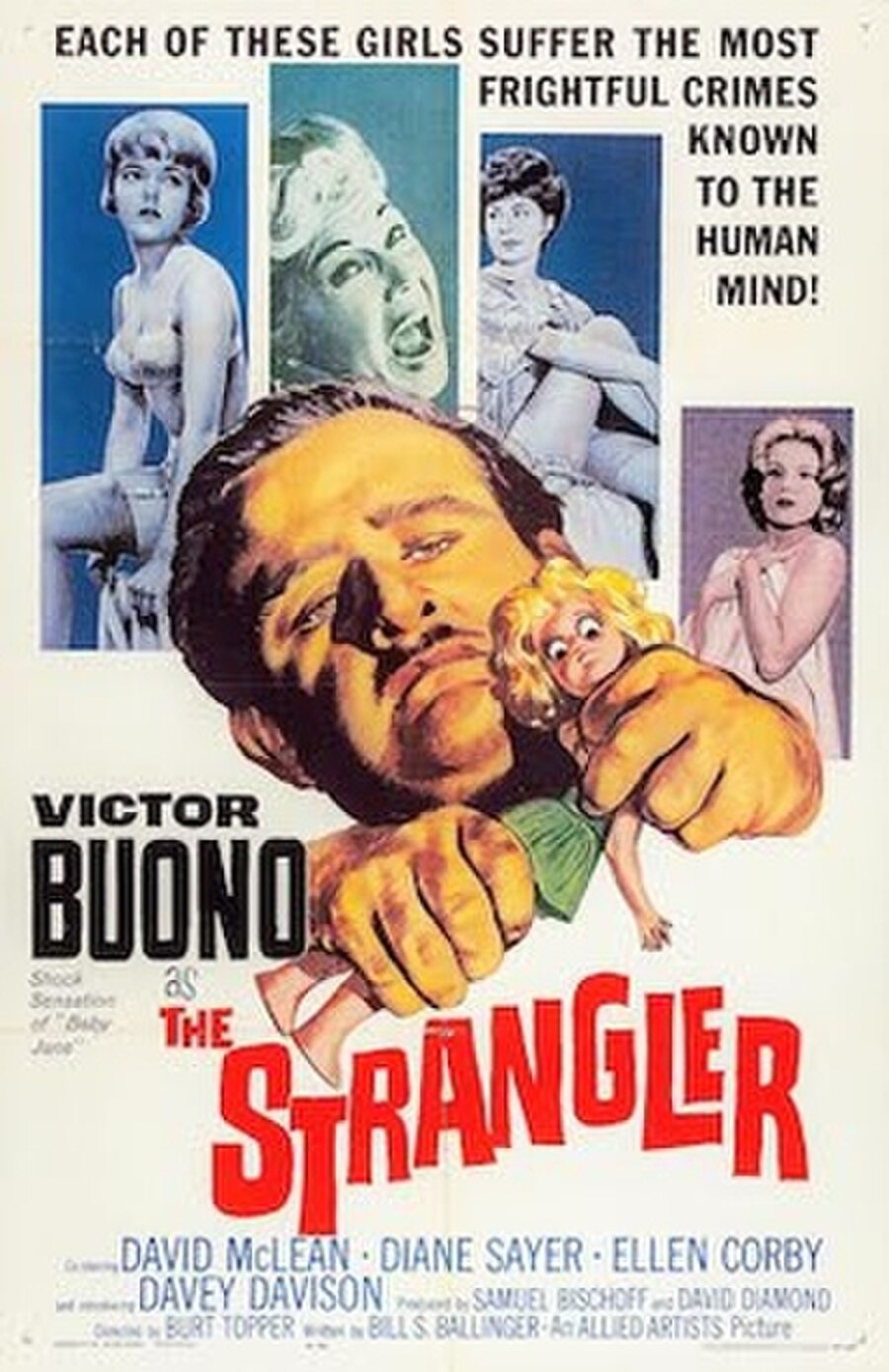 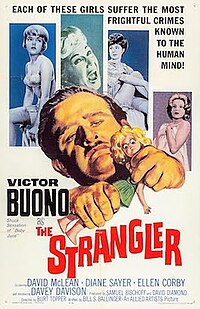 The Strangler is a 1964 crime thriller, directed by Burt Topper and starring Victor Buono, David McLean, Davey Davison and Ellen Corby, with a screenplay by Bill S. Ballinger. The film was inspired by the Boston Strangler, a serial killer of the 1960s.

Leo Kroll (Buono) is a mother-fixated lab technician who collects dolls. He is also a serial killer, responsible for the death of a number of nurses, and is questioned by the police regarding those murders, but is released. Kroll claims his next victim, Clara (Bates), the nurse who has been looking after his possessive mother, who is in hospital after a heart attack. However, he leaves a doll behind at the murder scene. (A subplot features Kroll becoming enamored of Tally (Davison), one of the girls who works at the amusement park stall from which he won this doll.)