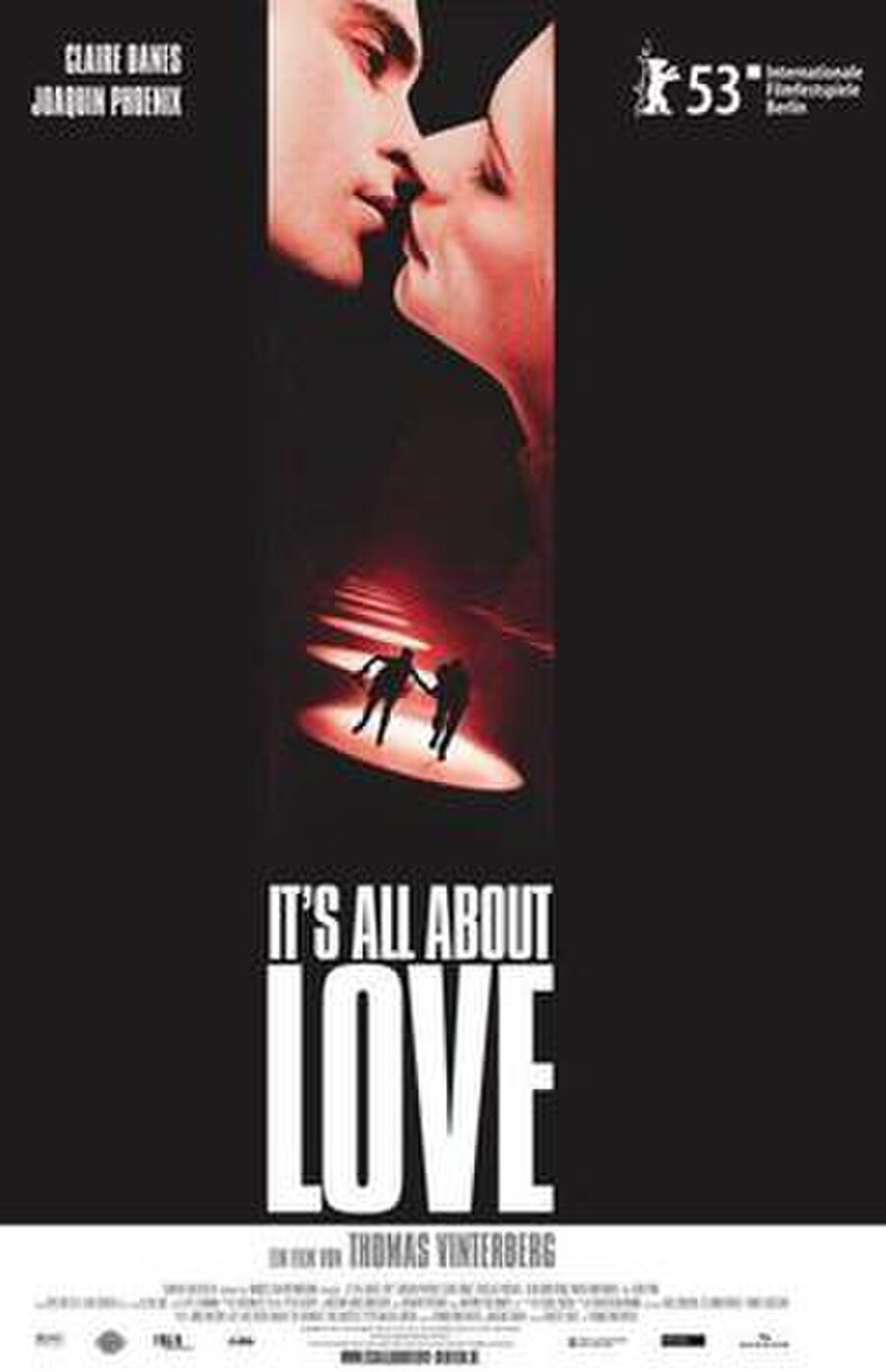 It's All About Love is a 2003 romance-drama film written and directed by Thomas Vinterberg. Its narrative can be classified as apocalyptic science fiction, but Vinterberg prefers to call it "a dream". Unlike the director's earlier Danish-language films, It's All About Love is entirely in English and stars Joaquin Phoenix, Claire Danes and Sean Penn. The production was led by Denmark's Nimbus Film, but the film was largely an international co-production, with involvement of companies from nine different countries in total. It was very poorly received by film critics.

In the year 2021, when the earth is devastated by continuous climate changes, with sudden waves of frost (it snows in the middle of summer even in Venice), John, a university lecturer, traveling from Poland to Calgary, stops in New York, to sign divorce papers for his wife Elena. This is a beloved champion of ice skating followed by a very large entourage that takes care of her numerous commitments and all external relations.