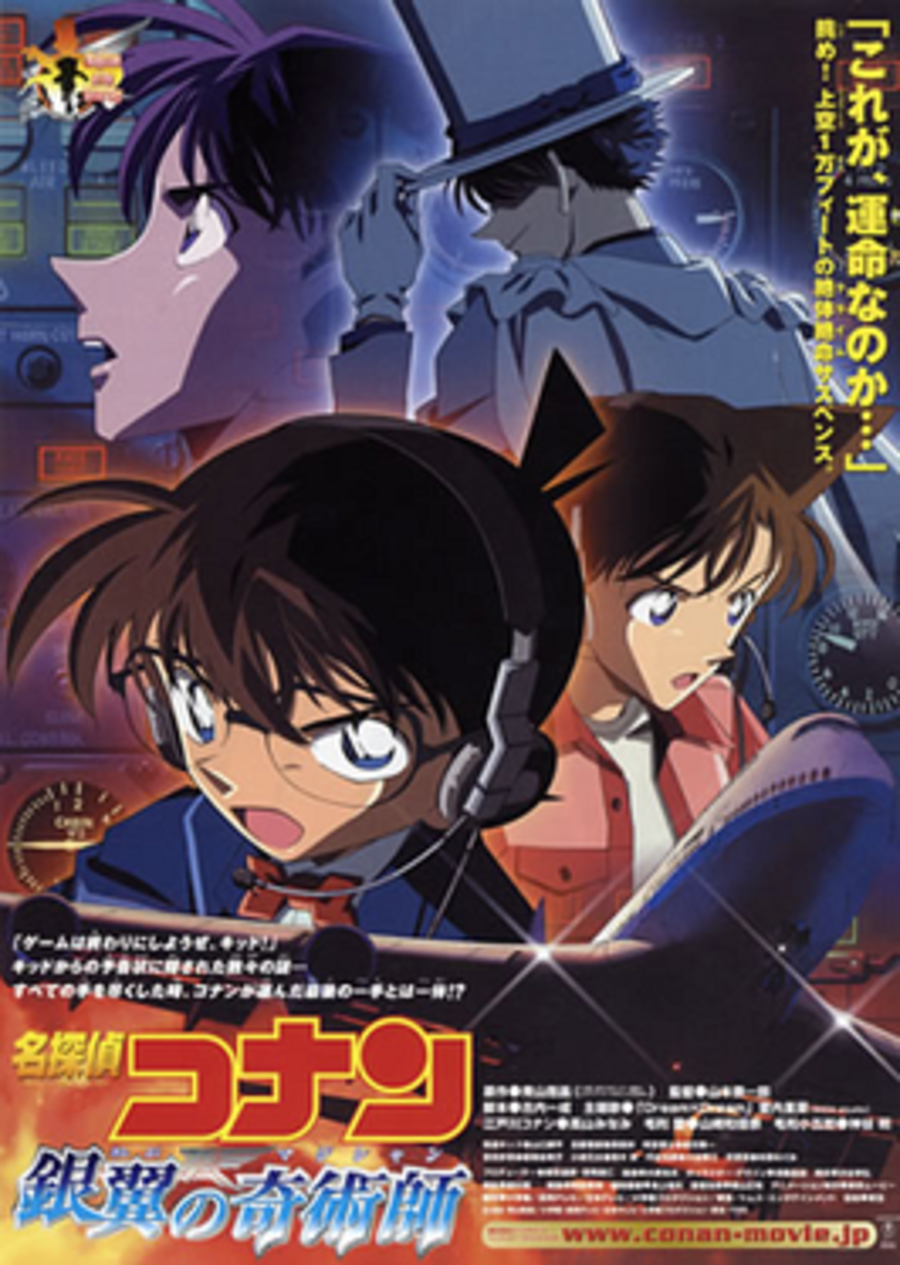 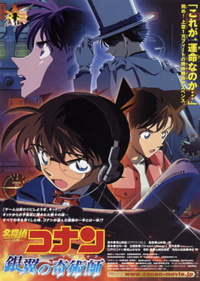 is the 8th Detective Conan feature film. The movie was released in Japan on April 17, 2004. A Region 2 DVD has been released by Universal Pictures. The movie brought a box office income of 2.8 billion yen.

A stage actress, Julie wants to use her star sapphire for her upcoming play and asks for Mouri Kogoro help to protect it after showing Kogoro a letter from the Kaito Kid. On the day of the theft, Kid appears at the theatre disguised up as Shinichi Kudo but ends up fleeing in the end without the jewel. To thank them, Julie invites Kogoro and everyone to Hakodate, and they all travel on an airplane to get there. In the air, one of the show actor, Shinjo, who was supposed to be elsewhere and Ran's mother, Eri, joins them on the plane. As the plane takes off, Julie comes in physical contact with most of the individuals she invited, making them all suspects in the case of her death. The case was solved by Eri and the culprit was later found to be the makeup artist, Natsuki.