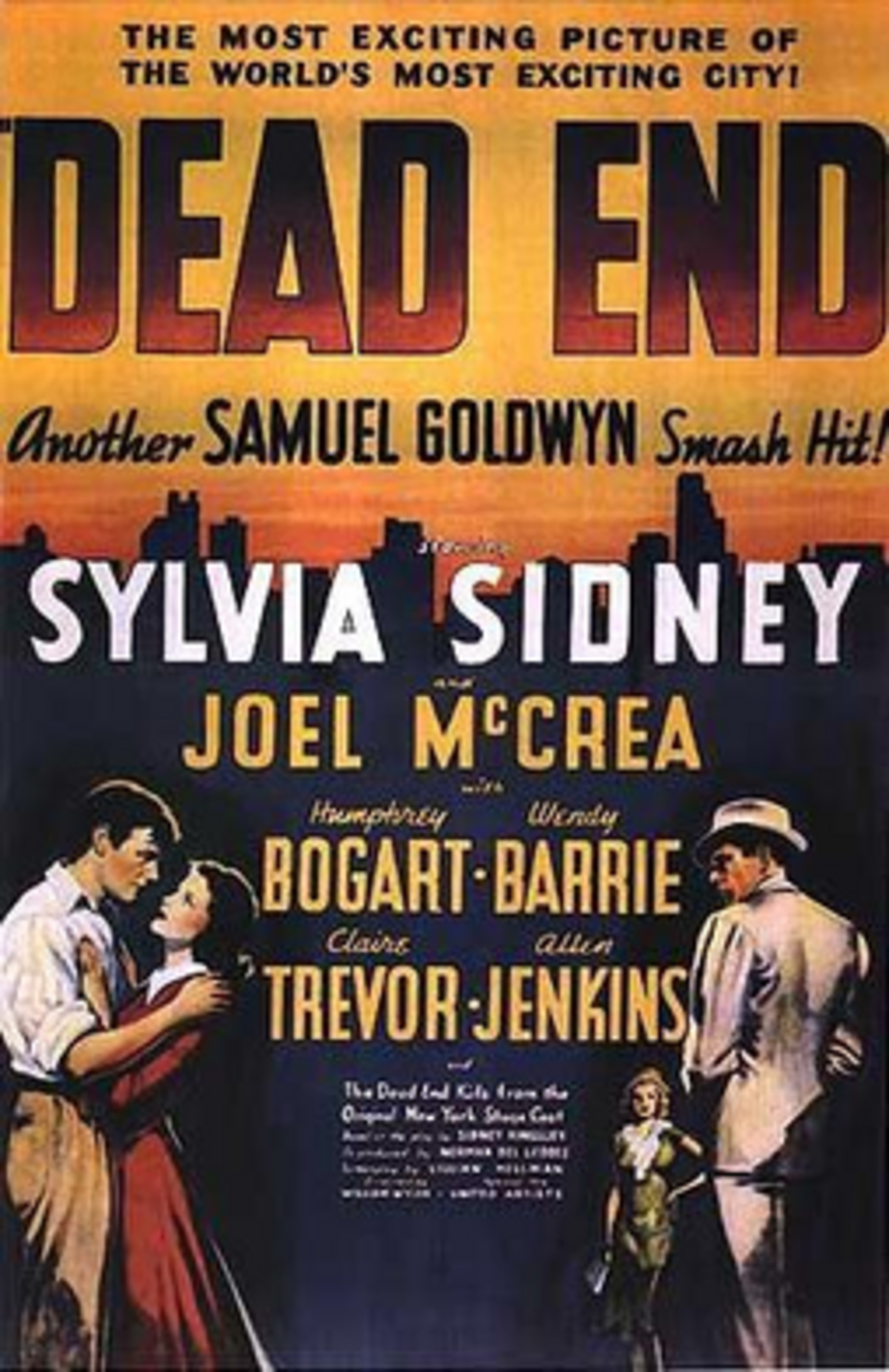 Dead End is a 1937 crime drama film directed by William Wyler. It is an adaptation of the Sidney Kingsley 1935 Broadway play of the same name. It stars Sylvia Sidney, Joel McCrea, Humphrey Bogart, Wendy Barrie, and Claire Trevor. It was the first film appearance of the Dead End Kids.

In the slums of New York, on the East River just below the Queensboro Bridge, wealthy people live in opulent and luxurious apartments because of the picturesque views of the river, while the destitute and poor live nearby in crowded, cockroach-infested tenements.