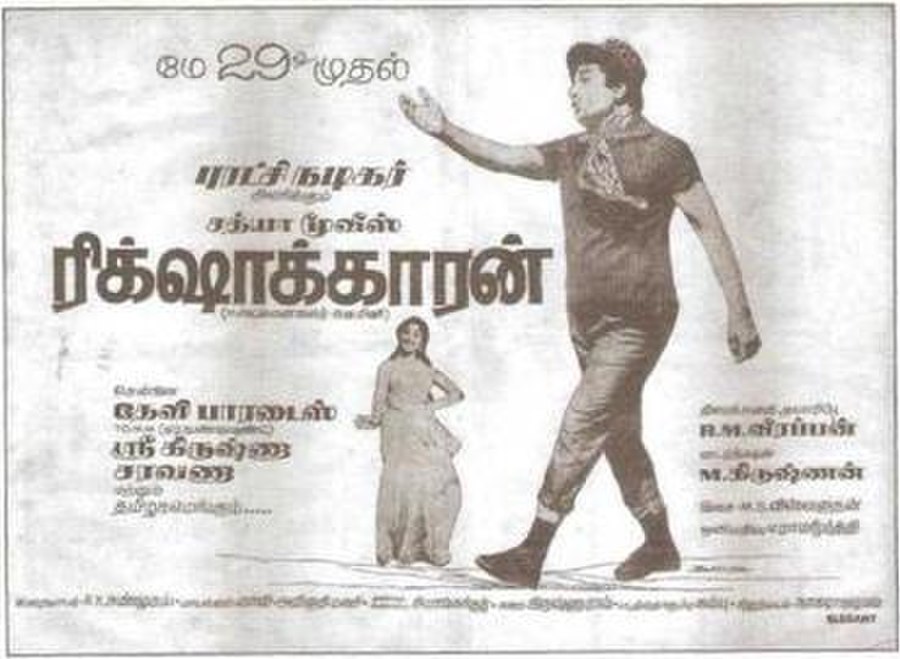 Rickshawkaran is a 1971 Indian Tamil-language vigilante film directed by M. Krishnan Nair and produced by R. M. Veerappan, who doubled as screenwriter. The film stars M. G. Ramachandran, Padmini and Manjula. It revolves around Selvam, a rickshaw puller who witnesses the murder of another rickshaw puller, and decides to unearth the mystery behind this murder.

Selvam, a rickshaw puller, sees another rickshaw puller Manickam being murdered. The murderer Kailasam's brother-in-law Dharmaraj, an advocate, also happens to witness the murder but leaves the place silently. Selvam demands justice from Dharmaraj who states that it is his duty to protect his client Kailasam.