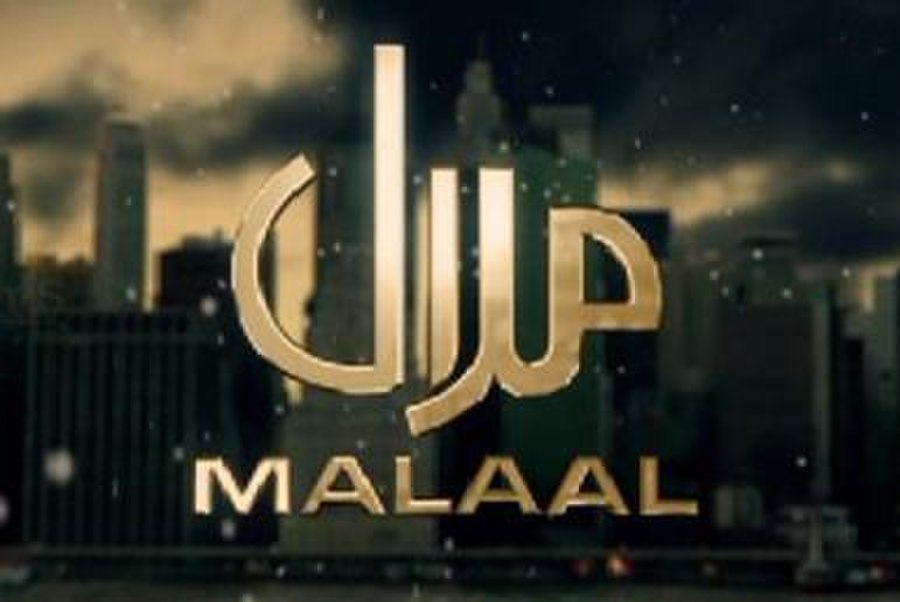 Malaal (English: Regret) is a Pakistani drama television series which premiered on Hum TV on 9 October 2009. The series is written by Umera Ahmed and directed by director Mehreen Jabbar.

The storyline revolves around Zinia ( Deepti Gupta ) and Danish (Faisal Rehman) who are close friends of fifteen years, living in the US. Both are secretly in love with each other. But when Danish goes to Pakistan to meet his mother Afia(Shamim Hilaly) she rejects Zinia as she is too aged to be married. Then Danish is being married to a very young woman Mahi (Sarwat Gilani due to his mothers' insistence. She happily marries him and they both go to the US. Mahi also has an Internet friend Saifi (Adeel Ahmed) who falls in love with Mahi and Savera(Sanam Agha) her maternal cousin and best friend. When they arrive US, Mahi and Zinia become very good friends and Zinia moves on.