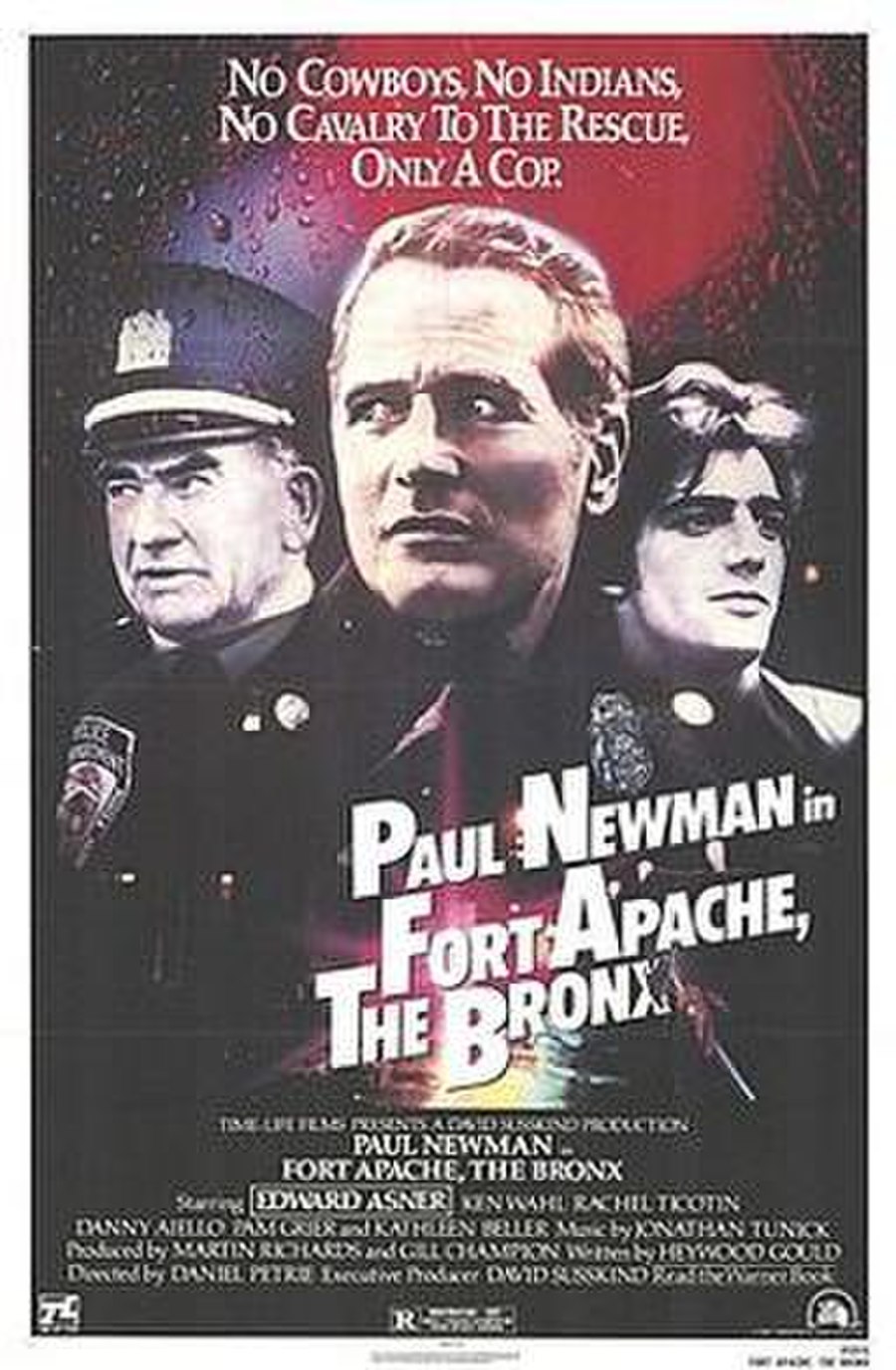 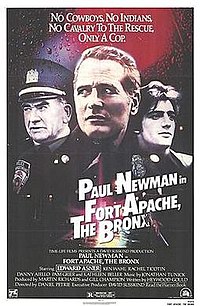 Fort Apache, The Bronx is a 1981 American crime drama film directed by Daniel Petrie. The film is about a hard-drinking, lonely veteran cop, Murphy (Paul Newman), and his young partner Corelli (Ken Wahl), who work in a crime-ridden precinct in The Bronx. Although Murphy's life takes a good turn when he falls in love with Isabella (Rachel Ticotin), a young nurse, the arrival of a new, law-and-order-minded police captain commanding the precinct, Connoly (Ed Asner) threatens to tip the neighborhood's delicate balance into anarchy. Danny Aiello, Kathleen Beller, and Pam Grier play supporting roles. It was written by Heywood Gould and produced by Martin Richards and Thomas Fiorello, with David Susskind as executive producer.

Police officers face many challenges in the decaying, impoverished, high-crime South Bronx region of New York City. Among these officers are NYPD officers Murphy (Paul Newman) and Corelli (Ken Wahl), who work out of the 41st Precinct, nicknamed "Fort Apache" because to those who work there, it feels like an army outpost in foreign territory. The streets are filled with dangerous gangs, criminals, and drug dealers. Unemployment is very high and the neighborhood is filled with garbage and wrecked buildings. While Murphy is a hard-drinking and lonely divorced father, he has a great camaraderie with Corelli. Murphy's life also improves when he meets a young nurse, Isabella (Rachel Ticotin), and they start a romantic relationship.