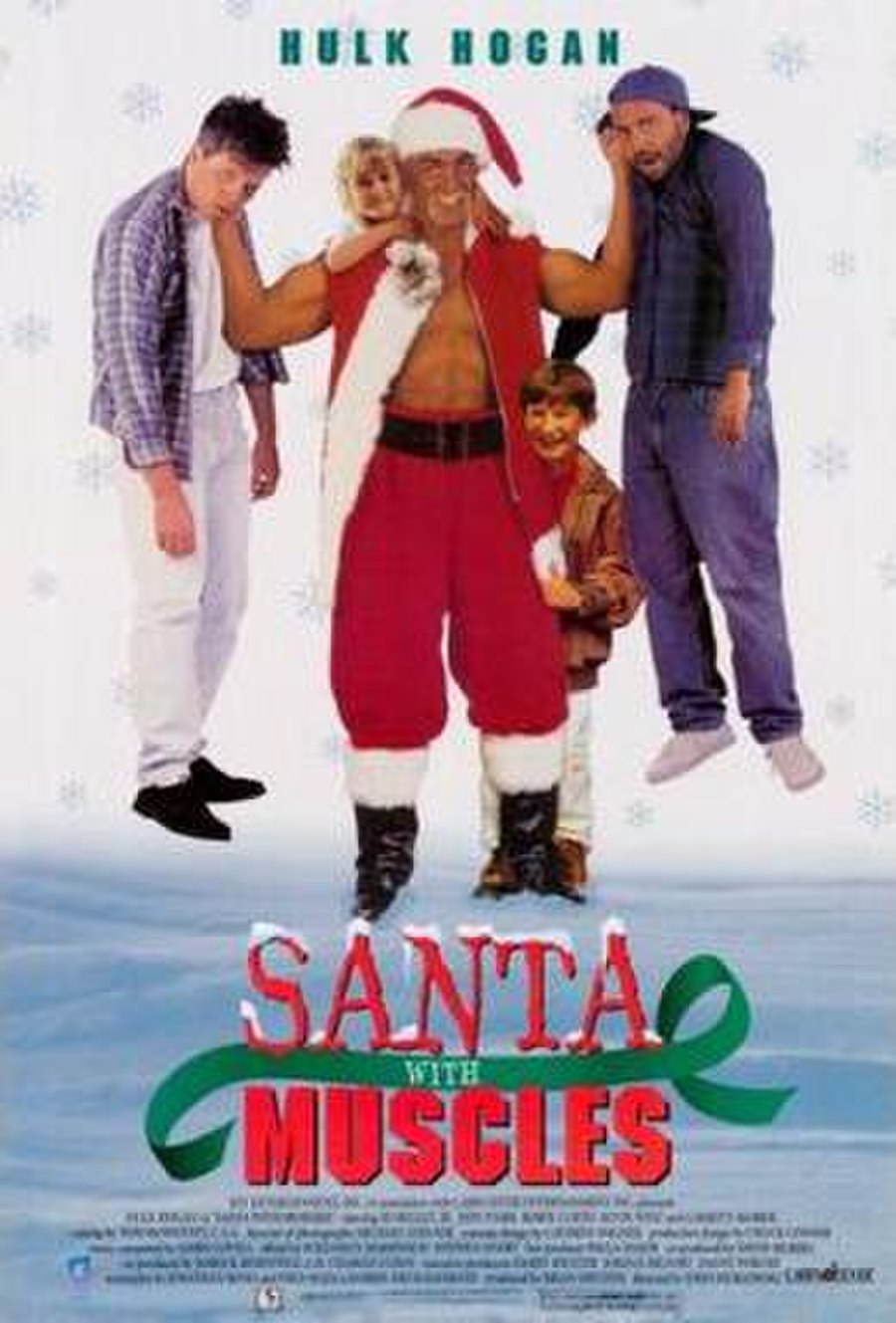 Santa with Muscles is a 1996 American Christmas comedy film starring Hulk Hogan, produced by the Shuster brothers, co-produced executively by The Wolf of Wall Street Jordan Belfort and directed by John Murlowski. The film was released for two weeks in cinemas; it was panned by critics and considered to be one of the worst films of all time.

Blake Thorn (Hulk Hogan) is a conceited self-made millionaire who sells bodybuilding supplements and equipment that have his picture on them. One day, while recklessly playing paintball, he is targeted by police. He is chased to a shopping mall, where he hides by putting on a Santa costume. He slides down a garbage chute to escape the police and bangs his head, resulting in amnesia. Mistaken by Lenny (Don Stark) as the mall Santa, Blake begins to think he really is Santa Claus. Meanwhile, the evil scientist Ebner Frost (Ed Begley, Jr.) tries to take over an orphanage in order to gain access to the magical crystals underneath it and dispatches his henchmen to destroy it. However, Blake after discovering that being Santa has made him a better person and that Frost wants to destroy the very same orphanage he grew up in, manages to rescue the children. Frost and his henchmen are arrested, but the orphanage is destroyed due to the overload of the crystals, so Blake opens his mansion as a new home for the orphans.