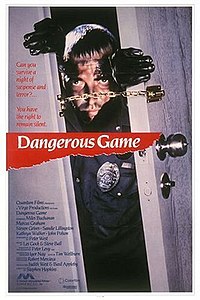 Jack Hayward (Marcus Graham) is a computer hacker who breaks into a department store one night with his friends for thrills. They are soon locked in by former cop, turned security guard, Patrick Murphy (Steven Grives) who had recently been suspended from his job because of Jack and his friends. This cat-and-mouse game becomes a fight for survival when Tony (John Polson) is murdered by Murphy, and his friends are next.