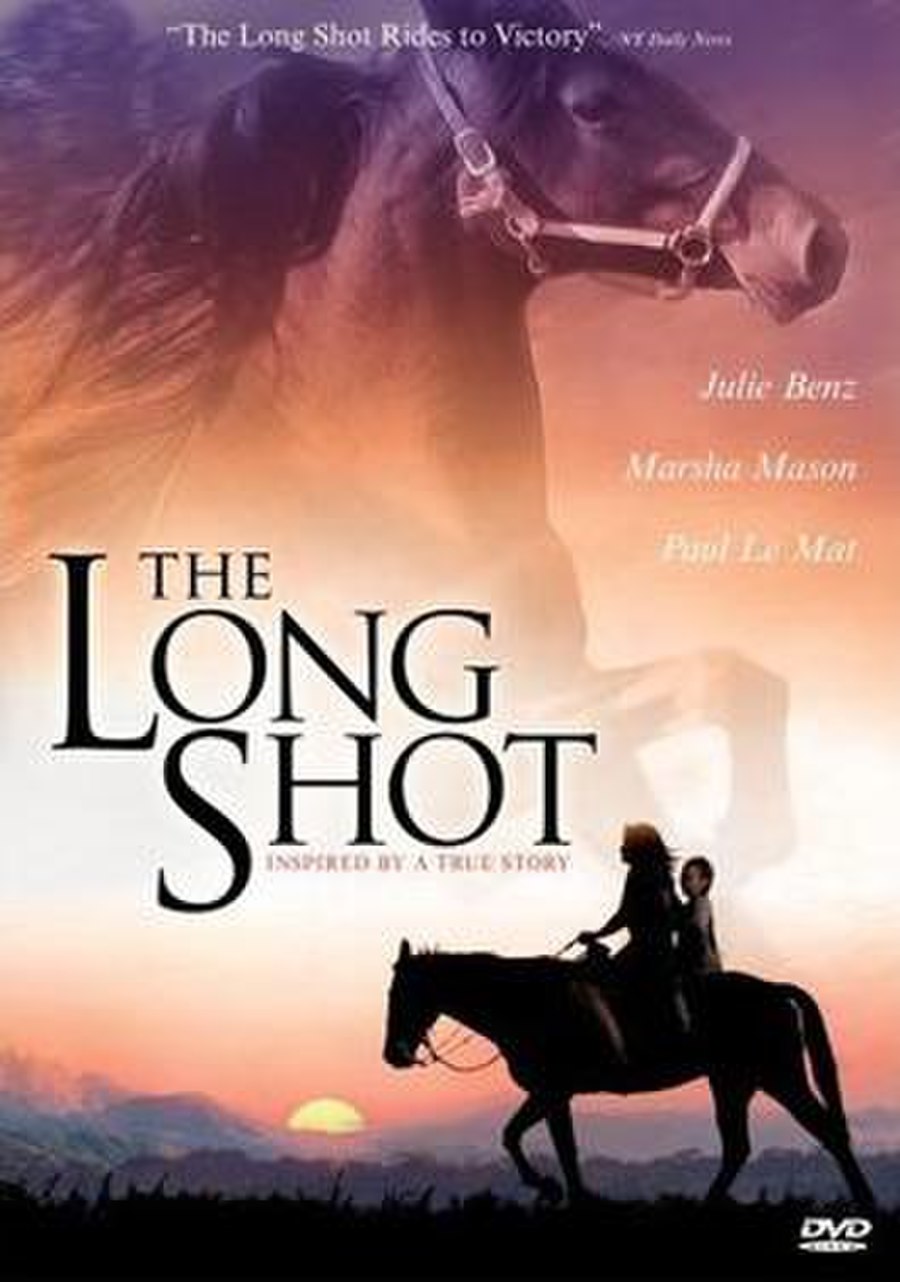 The Long Shot, sometimes called The Long Shot: Believe in Courage, is a Hallmark Channel original movie that aired April 18, 2004. It stars Julie Benz and Marsha Mason and centers around a dressage competition.

Annie Garrett (Julie Benz) is a young woman who moves with her slacker husband Ross and their seven-year-old daughter Taylor (Gage Golightly) from Colorado to a ranch in northern California. After he fails to land a job as promised, Ross abandons Annie and Taylor. With nowhere to turn, and their horse to look after, Annie gets a job as a ranch hand and stable person at a stud farm owned by Mary Lou O'Brien (Marsha Mason), a stern woman who is dealing with her own past. Inspired by Mary Lou's encouragement, Annie decides to enter into a dressage competition with her horse she trained herself, Tolo. Unfortunately, Tolo becomes blind and Annie is injured. When she recovers she goes to compete on one of Mary Lou's horses, California Red, but due to an unexpected visit, the horse is unable to compete. In order to compete, she has to believe in herself and have faith in Tolo to win.