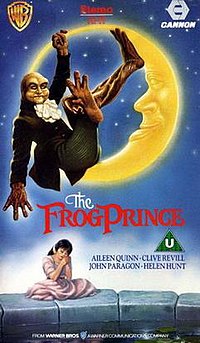 The Frog Prince begins with the protagonist Princess Zora rolling over and waking up in her bed. When she hears royal trumpets signifying an important announcement, she sings "Lucky Day" as she gets dressed. She holds onto her golden lucky ball, and carries it throughout her day for good luck. Zora runs through the castle and the Emissary and chef scold her for not acting 'like a princess'. Then, Zora is confronted by Henrietta and Henrietta's friend Dulcey in the hallway, where Henrietta lies to Zora, telling her that they are allowed to interrupt the King that day. After Zora leaves, Henrietta tells Dulcey that she intercepted a letter which declared that only her or Zora is a true princess, not both.