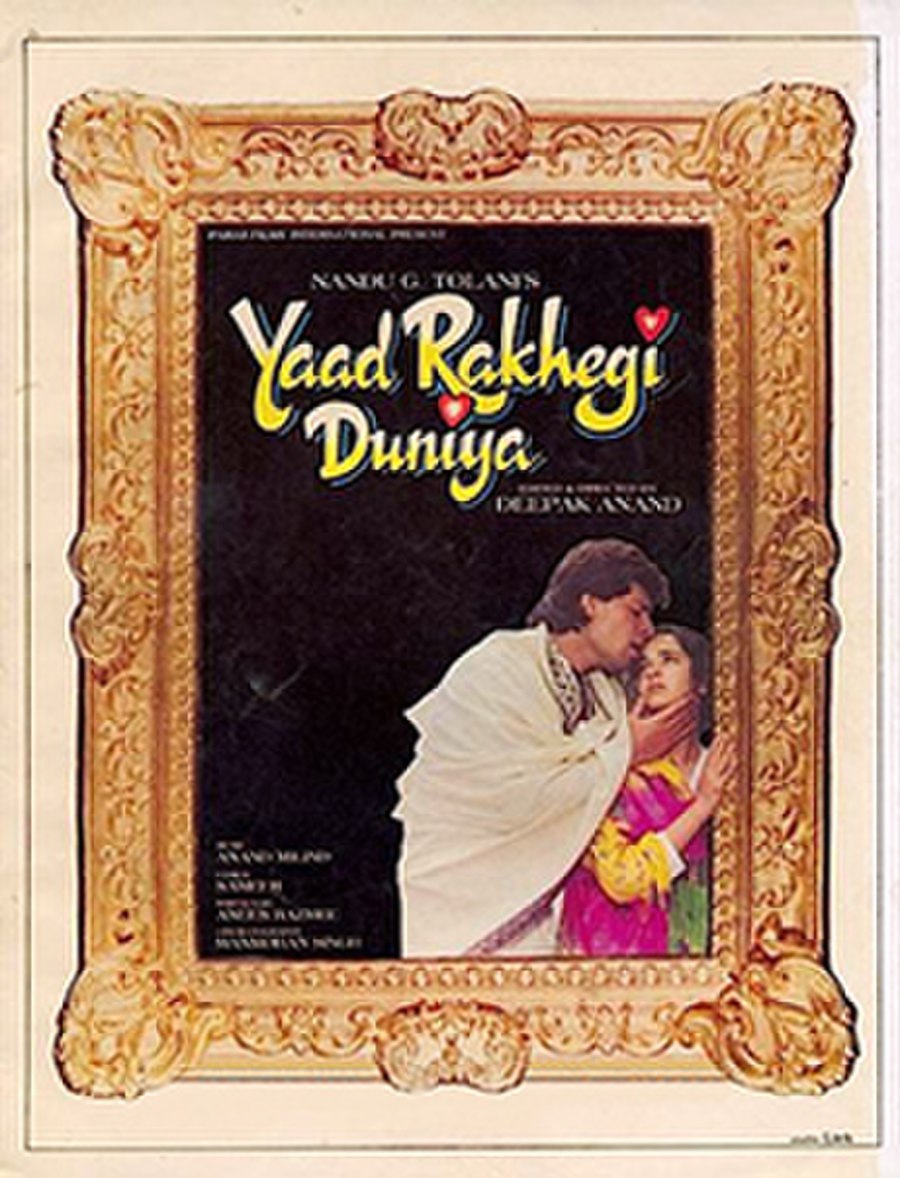 Yaad Rakhegi Duniya is a 1992 Indian romantic drama film directed by Deepak Anand on his debut. Starring Aditya Pancholi and Rukhsar, it premiered on 1 March 1992 in Mumbai. It is a remake of the Telugu blockbuster Geethanjali, directed by Mani Ratnam.

Vicky Anand (Aditya Pancholi) has just graduated from college with honors and decides to celebrate. An accident leads him to the hospital and the shocking discovery that he's suffering from a terminal illness. He decides to move to the lush, green locales of Ooty, a hill-station hoping to find peace and solitude, where he meets Naina (Rukhsar Rehman), a precocious young woman who enjoy playing pranks. Vicky finds support and encouragement befriending her and eventually falls in love with the mischievous and outgoing Naina, who also suffers from a terminal illness. Vicky comes to know about Naina's illness, and discusses this with her doctor dad, who confirms it, saying that there is no cure. Despite this, Vicky wants to marry her. When Vicky's mom comes to visit her son, he tells her about his love for Naina, and she is delighted. She rushes over to meet Naina for the first time, and is pleased with Vicky's choice. Then unknowingly she blurts out a truth so devastating, that it will change Naina's final remaining days forever.