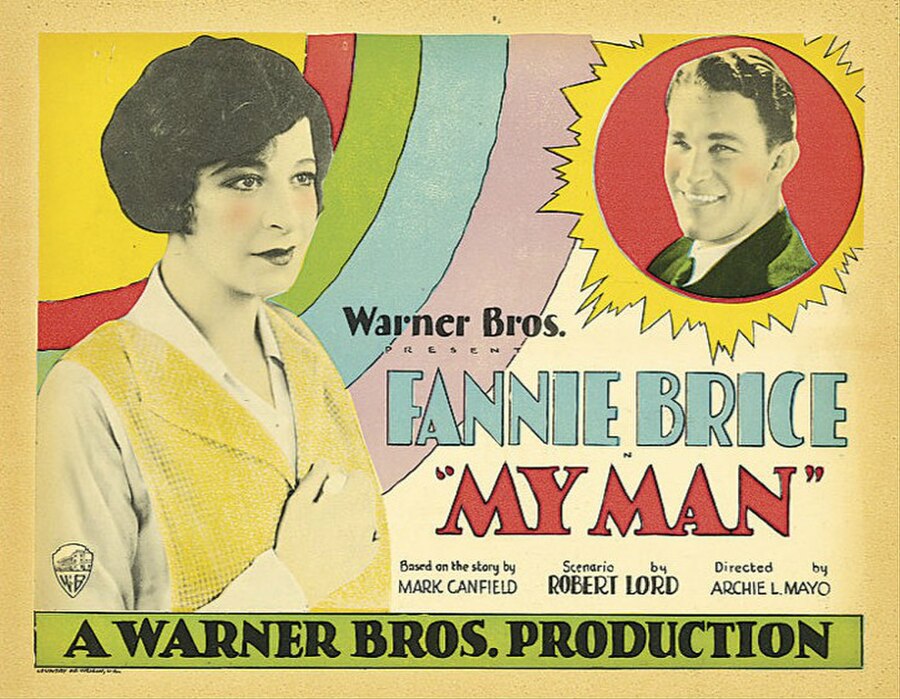 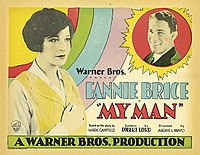 My Man is a 1928 black and white part-talkie American comedy-drama musical film directed by Archie Mayo starring Fanny Brice and featuring Guinn "Big Boy" Williams. It was Brice's feature film debut at the age of 37. She was a star in the Ziegfeld Follies before she started acting in motion pictures. At the time Warner Bros. made this film there were still some silent movies in production and being released. My Man used intertitles but included talking sequences, synchronized music, and sound effects using a Vitaphone sound-on-disc system. It would not be until 1929 that talking movies would completely take over, but Warner Bros. had completely stopped making silent movies and switched to sound pictures by the end of that year, either part talking or full talking. Warner Bros. would also start making movies in color as well as sound movies.

Fannie Brand (Fanny Brice), an industrious girl who supports her brother and sister by working in a theatrical costume house, falls in love with Joe Halsey (Guinn "Big Boy" Williams), a young fellow who earns a precarious living demonstrating an elastic exerciser in a drugstore window. Fannie and Joe set a date to be married, but the wedding is called off when Fannie finds Joe making love to her unprincipled sister, Edna (Edna Murphy). Fannie auditions for Landau (Andrés De Segurola), a theatrical producer, and goes on the Broadway stage. Fannie is a great success, and she and Joe soon find their way back into each other's arms.