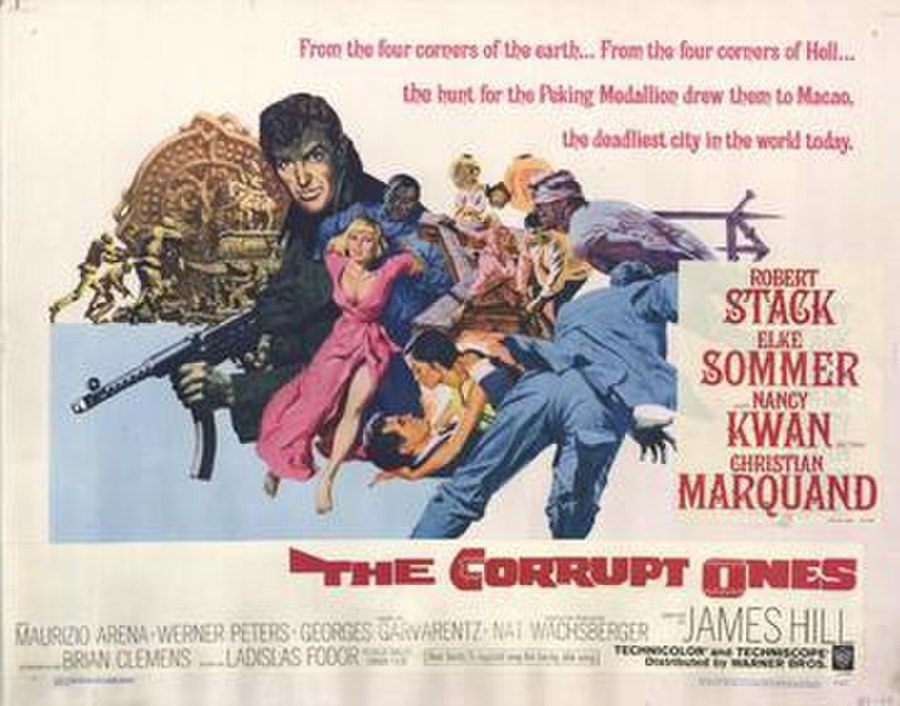 The Peking Medallion, also called The Corrupt Ones, is a 1967 crime film directed by James Hill and Frank Winterstein and starring Elke Sommer, Robert Stack, Nancy Kwan and Werner Peters. The film was a co-production between France, Italy and West Germany although it was shot in English. The films German-language title is Die Hölle von Macao . It was made at the Spandau Studios in Berlin with location shooting in Hong Kong. The film's sets were designed by the art directors Hans Jürgen Kiebach and Ernst Schomer.