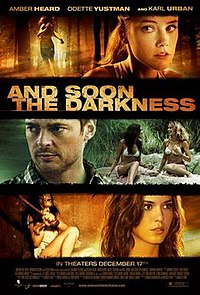 Stephanie and Ellie, two young American women, decide to stay in a small hotel on their last night in Argentina. After a drunken night at the local bar, where they encounter some of the local men, the two miss the bus that was supposed to take them to their destination. Since the bus only comes once per day, they begin their trip and head down to the nearby river to relax and enjoy their extra day off.